I want to include an image in my lecture-note paper written in English. The image elements are fully made with non-English language. Below I show a part of the image: 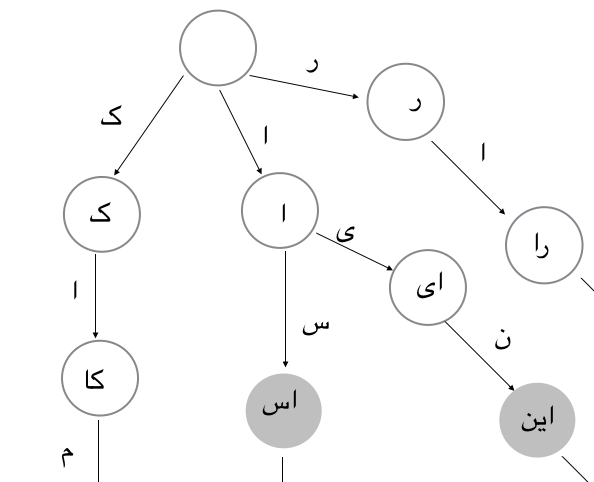 I use this image because a reviewer commented:

The authors could have given fig 1 with the actual example of the contest data.

And the contest data is Persian, however I want to publish it in prestigious proceedings.

I want to know if it is wrong to exactly use the data or I shall use the translated format?

I suspect the translated format will be more useful to the broader readership of the journal, but you could let the editor make the final decision. I don't know the context of your figure, but it's possible if the symbols don't really have a language meaning that the original version is fine as well (i.e., if they are equivalent to labels like "A, B, C, D" rather than having some phonetic or linguistic meaning). If there is some phonetic meaning that is hard or impossible to translate, that might be even more reason to use the original, and include an explanation of the characters for English-readers.

Provide one version with your revised manuscript, and provide the editor a copy of the other version as well, explain your choice, and see what their opinion is. They might decide the translated version is sufficient (with a note that it is translated from the original), or they might want you to include the untranslated in a supplementary figure, or vice-versa.

Another standard to think about for whether to translate or not is "does this content have the same meaning when translated?" For example, if you had a questionnaire asking basic biographical information, you would expect English and Persian participants to read and participate in the same way and the translation is fine. However, if your content is in reference to phonemes or some other language construct, there might not be any direct equivalent, and information would be lost in the translation.

Not the answer you're looking for? Browse other questions tagged publications writing graphics translations lecture-notes or ask your own question.

28
How should references in non-Latin script language be treated in English paper?
9
Do non-English academic journals pay for a translated paper?
0
How can I include figures with non-English text (and a translation) in the appendix of a research paper?
2
Which articles don't need experimental results?
6
Translate the laws abbreviation of non-english speaking country in English written paper?
0
English and other translation within single paper
8
Does use of computer translation as an aide when writing a paper require a citation or disclosure?
1
Using an alternative name part of the way through my academic career
12
What should I do about my non-English publications when applying to a University in an English-speaking country?
167
My research paper filed as a patent in China by my Chinese supervisor without me as inventor