Academic publishing: why placing figures on top/bottom of pages in single-column layout?

When you turn in a manuscript to an academic publisher, they may insist (referring to their style guide and publication process) that all figures are placed on top/bottom of the manuscript's pages rather than exactly where you need them (e.g., in the middle on one page and on top on another page). Why? Assuming single-column layout and that no huge line stretching, no huge vertical gaps, and no vertical overflows occur, what good reasons could exist nowadays for figures to be moved out of the very place where you need them?

An example could be the figures in the CSP book: they are placed typically where the reader needs them rather than always at the top/bottom of the pages. 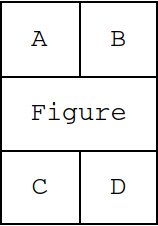 where A, B, C, D are columns of text. In such a case, should one read in the order A–B–C–D, or A–C–B–D? For me, it's natural to read in order texts that are close to each other – so here: A–B–C–D. So I'm always annoyed when the text makes no sense because I read it in an incorrect order. The same applies for a layout like this: 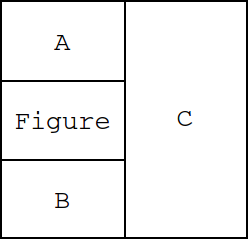 where the text nearest to A is C.

In case of this layout:

the page seems too divided – the continuity between A and B is broken. Also, it doesn't look nice when A consists of 15 lines, and B of only 2 lines (or vice versa): the reader could miss the shorter block, and – again – be annoyed that the text makes no sense. So, one wants to have a layout that will be easiest for the reader to follow.

And the layout when the figure is embedded in the text (e.g., with LaTeX's wrapfigure) can be sometimes found in books – I guess journals decided that this would be too distracting in an article which is usually very condensed.

To add a bit to some of the other answers, and address some of the comments about 'short' figures in the middle of text, I've included below a screen shot of a mid-80's paper where several long equations required spanning the two column format.

Maybe I'm old fashioned, but it makes for a really ugly layout, and makes it really hard to read (even with the slight visual indications of where to go from the column-breaking lines). Like all stylistic choices, some people will prefer one, some another. But this page is just really hard to read. 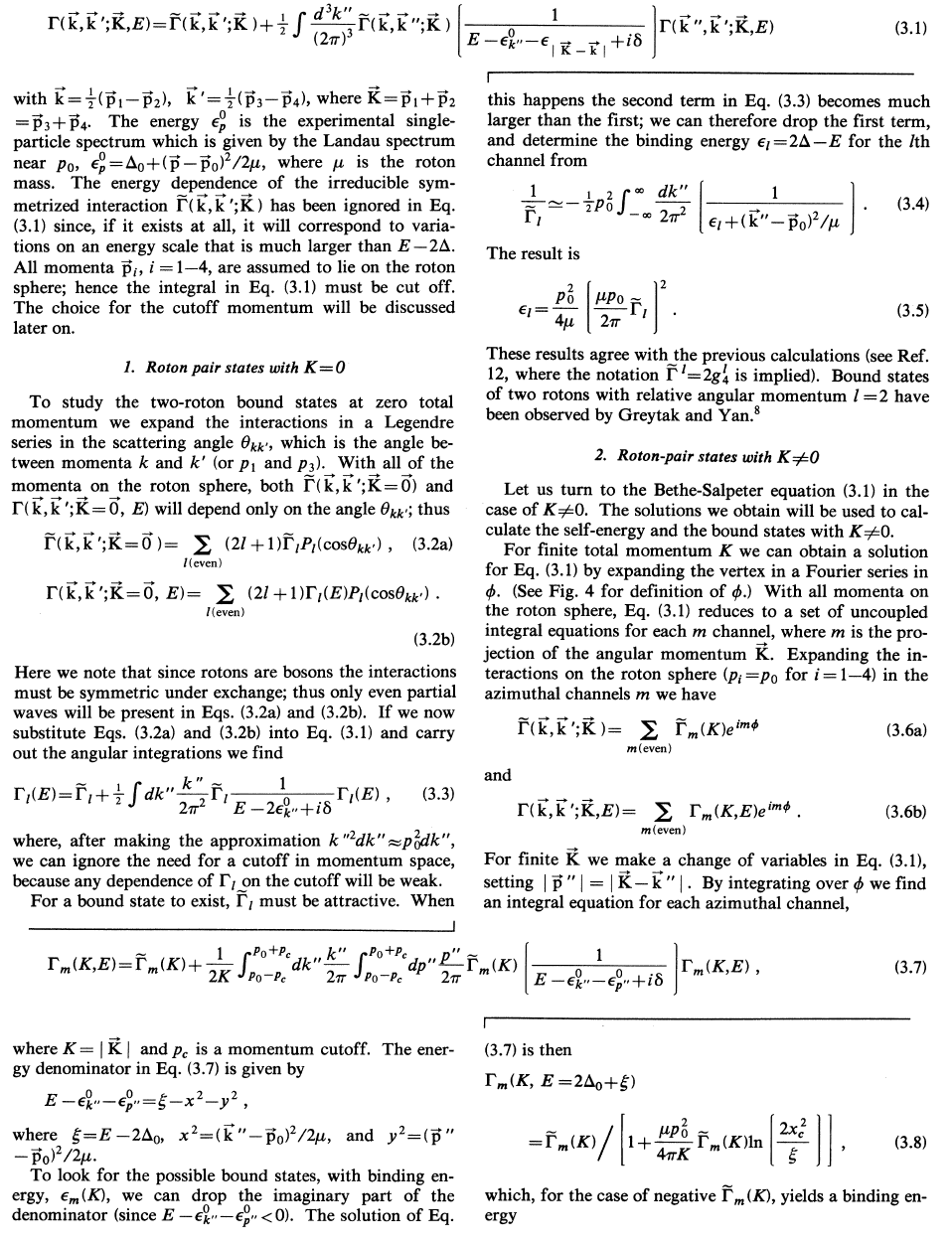 The flow of reading you want to have is like the one for regular equations in a mathematical text:

For some simple illustration of a concept (like most figures in the textbook you are referencing), this flow works fine, and it makes sense to place the figure exactly where it is needed.

Now, for the vast majority of figures in scientific papers it is rather this (also see Figure 1 below):

Figure 1: Reading flow for a complex figure. The red line depicts the reader’s focus at a given time. The boxes depict what is on the reader’s mind. Numbers refer to stages of the reading flow as enumerated in the main text.

So, it does make sense for typesetters or style guides to default to figures on the top and bottom of the page as complex figures referenced from multiple locations are much more frequent in scientific papers. Exceptions from this are rare and robustly spotting them often requires a subject expert, which typesetters are not.

If you are mainly interested in "nice-looking" pages, top and bottom figures are commonly considered more aesthetic.

Frequently, this causes a figure to be on a different page than the part of text that refers to it, which is not ideal for the reader. But this may not be so important for the type-setting people.

Another important thing is that you cannot guarantee that a figure can be placed at the place of usage (text flow might change due to reformatting, insertions, etc.). So you can never rely on a figure really being in the position where you use it. You may be tempted to use words like "the following figure", but you really shouldn't.

The answers so far all raise interesting points regarding typesetting/page layout. However, there is one consideration they all miss: submitted manuscripts are often re-typeset by the publisher during production (even where you have used a template that looks like the final version). Consequently, just because the publisher asks you to put the figure there, that doesn't mean it will be there in the final version. Indeed, many publishers now have very limited formatting requirements (example) (or optional-only recommendations/templates).

Usually a manuscript is typed with a typewriter. There is a difference between the correct format of submitted manuscript and the article in final printed form. That means, the figures and tables are shuffled. It is a common misconception to believe that authors are in control of layout. All formatting questions are answered by the journal editor. But the author has the obligation to do some pre-work for getting the optimal result. For example, he should write on the back of each figure the senior author name with a soft pencil and the word “top”. Top means, that the figure can be placed on top. If this will happen in the final printed forms, depends on many other decisions which are outside the scope of the author.

Source: page 16-20 Manuscript Guidelines for the Journal of Wildlife Management, 1988

0
Is it common practice to insert images at the top of a page?
14
What is the advantage of the two-column journal format?

15
Why do some Elsevier journals use a single column format?
5
Should Figures and Tables follow a certain order or be at a specific location in a document?
0
Are there any guidelines for how to distribute images in a (bachelor) thesis?
7
Should formatting affect grades of student essays?
8
How often do publishers change/tweak articles to achieve visually appealing results?
7
Can I demand re-submission of a manuscript that has an odd document layout?
2
IEEE full article with small images or more than 8 pages
14
Archival of deceased academics' websites
0
Academic publishing: advanced questions about figure/table positioning