Taxpayer Subsidies for Most Colleges and Universities Average Between $8,000 to More than $100,000 for Each BachelorŌĆÖs Degree, New Study Finds (published in 2011):

Washington, D.C. ŌĆō Taxpayer subsidies that cover the operating costs of most colleges and universities ranges from around $8,000 to more than $100,000 for each bachelorŌĆÖs degree awarded, with most public institutions averaging more than $60,000 per degree, according to an analysis by the American Institutes for Research (AIR) and Nexus Research and Policy Center (Nexus).

According to a report compiled by the non-profit group Open the Books, America's Ivy League collegesŌĆÖ payments and entitlements cost taxpayers more than $41 billion over a six-year period from fiscal year 2010 to fiscal year 2015. This is equivalent to $120,000 per student in government aid or $6.93 billion per year. 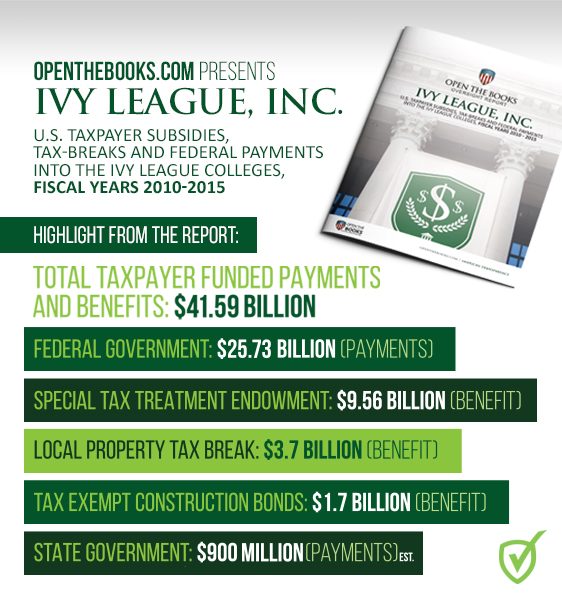