I came across an article by X and Y that is a nearly 100% self-plagiarised from an article by X several years earlier. A couple of words were changed, but that is it. The figures and tables are the same and so is the list of references. The titles are different. The publishers of the two journals are different.

To put it mildly, I am disappointed by the authors' unethical behavior, by the failure of referees to uncover the earlier work when reviewing relevant literature to assess novelty, and by the editor/publisher for apparently not bothering to use plagiarism detection software.

My first reaction was that I should report this case to the journal editor. Based on what I've heard from colleagues, however, they appear to not always take self-plagiarism seriously, presumably because it's a lot of unpleasant work. Should I therefore report this to PubPeer instead? Or to the editor and PubPeer?

Taking the complaint public shames both the author and the journal, which may be counterproductive if the journal is responsible and willing to act promptly (mistakes do happen, even for very good journals).

I would thus recommend starting by reporting to the journal, which should have a procedure for dealing with such things. If the journal does not take you seriously or refuses to act, then take it public and shame both the author and the journal.

I suggest that you report this to the journal or editor first. If they fail to properly react to it, you can still escalate this by making it public. While the journal is likely to blame for not using proper plagiarism detection mechanisms, they are also likely the victim here, not the culprit.

Also, keep in mind that there may be reasons for this duplicate publication, e.g., one of the papers being published at a predatory publisher (see also this question which is essentially the same situation happening to a peer-reviewer).

The case sounds serious. I have reported in a blog post (Plagiarism: everything but the title) an almost carbon-copy of a paper, but not by the same authors, which was withdrawn soon afterward.

First, check it is a regular peer-reviewed paper. Some "tutorial" or editorial papers may appear more than once: in Imperfect impact, the author provides a case of such a paper published 9 times, and the outcomes on terms of citations, with respect to journal impact factors.

Then, I would suggest you to first report to the (area) editor responsible for publication (generally mentioned on the published paper page). (S)he should get in touch with the corresponding author, or hand it over to higher authorities.

If you have no feeback (say in one month), copy the same letter to the journal editors in chief, copy to the publisher.

If you see no action, a last mail to X and Y before making stuff public would be fair. They would have the option to withdraw the paper by themselves.

P.S. the impact for authors is one more paper on their list, and potential more citations on careless databases, as shown in this figure from the above blog post (same paper published in different journals): 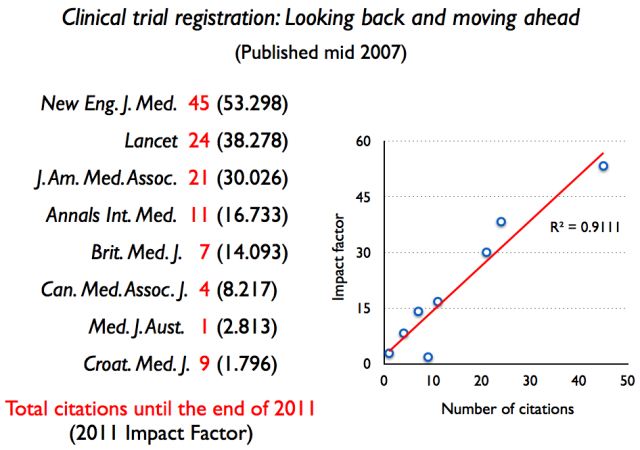 There is no such thing as self-plagiarism.

If you have written something and the journals allow it and are aware of it, it is neither illegal nor prohibited by academic standards to publish and recycle it in 100 journals if it is your work.

I think you mean some other problems by the term "self-plagiarism":

Even if it is not forbidden, people do not try it except for a very good reason.

You are aggravating your academic colleagues because place for publishing is precious and you are wasting this space (There is nothing against trying several publishers as long as you retract the other submissions). You are also indicating that you are past your zenith in your academic career if you need to fall back on old work (In fact, I think of it more as terminal illness) or you come off as having a massive ego problem if you try to push your invaluable contributions into several journals. So your indignation is justifiable, especially because Journals will normally not allow duplicate publication and your suspicion is legitimate.

So contact the journal editor of the first publication and clear that up. It may be perfectly explainable what the author is doing, so take no action until you know what is going on.

ADDITION: Just for curiosity: PLL's "But it’s well-established now with the meaning of “re-using one’s own old work and presenting it as novel”" convinced me to ask Goggle's Ngram because I was curious about its usage.

So the current usage in books is 45/100 000 000 instances. If we compare that the usage of the domain-specific, non-English word "Camellia"

Camellia occurs (at maximum) in 40/1 000 000 instances. Which means that "Camellia" is used approximately 100 times more than the "self-plagiarism" term. For fun, "Camellia" is comparable in usage to "trichloride".

It was used sporadically during the 1990s ("Duplicate publication" is definitly preferred) and only after the 2000s it became more prevalent and also used in titles and abstracts. The Wikipedia entry defined "self-plagiarism" 2005 and there it was specified later that this word was used mainly by biomedicine to summarize four categories: duplicate publication, copyright infringement, salami-slicing and use of own text modules. It must also be said that its usage is controversial for exactly this reasons,because it tries to subsume salami-slicing and the use of own text modules under a term which contains much more serious violations like duplicate publication or copyright infringement. So "self-plagiarism" is according to the "Committee on Publication Ethics" not equivalent to duplicate publication.

Sorry, but "self-plagiarism" seems to be neither as widespread or well-accepted as claimed nor is its usage uncontroversial.

Not the answer you're looking for? Browse other questions tagged ethics self-plagiarism .

46
How is it in my best interest not to submit a paper to two journals simultaneously?
28
Why should the scientific community avoid double submissions?
5
SpringerPlus asked me to review a paper already published
10
Is there a free (as in freedom) alternative to Publons
1
Journal editor does not appear to pursue report of self-plagiarism