Though I read this style quite often, I was recently told unambiguously by a reviewer that I was NOT supposed to use citations "as if they are objects in a sentence." The following sentence is an example of what the reviewer considered unacceptable:

Within this question, for the purpose of discussion, I have intentionally put [12] in grammatical positions where it's an important element of the sentence and the sentence would make less sense without the reference. Sometimes that seems to be the most efficient way to communicate the intended message. Is using a reference as a grammatical sentence element like this OK? Why might this not be considered acceptable? Should I be rewording those sentences? Is it enough of a violation to be worth passing the note on to authors of papers I review?

I considered posting this on EL&U but it seems more specific to academia than general English usage, and the comment came from a content reviewer rather than a copy editor. This question is related but it seems to be more about when to put authors names' in vs. outside of the parentheses in an APA-like style.

The numbered citation style (as opposed to following APA, for example) is required by the venue.

1: Fictionalized for the purpose of this discussion

Conceivably the reviewer objected to the non-mention of peoples' names, thinking that should write "guided by J. Doe [12]" or "guided by [Doe12]" or "... by [Doe2011]"... Something in that direction would be my preference, also, since numbers in a bibliography are completely artifactual, not really adding any information. Names are far more informative.

But, still, it's possible that the objection was completely stylistic, so ... "it's just a rule"... which means rational discussion of it is presumably out-of-bounds. Such things seem silly to me, but I am acquainted with people for whom such rules are the only defense against Darkness and Chaos, etc.

I'd not comment on such things in any review/referee-report I wrote, but I can imagine some might. The operational point probably is that if the referee chose to mention it at all, it means they do have that particular fetish, so just comply if you want approval. But don't "pass it on", if you were to ask my opinion... :)

I recall a couple of discussions on this also here on Academia.SE (at least in comments). For many people, the answer to this question is a sound no. However, if you read a number of articles across different fields, you will find that for many other people the answer is, actually, yes. Unfortunately, as far as I know, style guides do not seem to address this specific issue.

That said, if the journal style guide requires the authors to write "Eq. (XX)" or "Ref. [XX]" (or similar constructions), then I'd avoid using a citation as a noun. For instance, in this case, I'd reword your example sentence as

We analyzed the data using the Wilmerding method, according to the implementation described in Ref. [12]

This answer refers exclusively to "atomic" citation references based on numbers or abbreviations, such as [42], [ABC+95], or (M09). My opinion described here does not expand to citation reference styles that do not require a fixed form, but instead integrate naturally into a sentence, such as "Picard and Galen had discovered in 2336 ...", thereby indicating the key information of author names and year necessary to find the appropriate item in the bibliography.

As a further restriction of my claims with respect to Massimo's answer, I would like to point out that my subfield rarely uses numbered equations. If we do, they are explicitly referred to, like other inserted pieces of information, by writing "From Equation 15, we can conclude ...", rather than using the mere equation number like "From (15), we can conclude ...". This may well influence my opinion.

As a bit of a counterbalance to the existing answers, I am going to state my opinion that using a citation reference like a word is extremely bad style.

I would not point it out in a review, as it is too minor, but I definitely rewrite such sentences in papers that I participate in when one of the other authors uses that style, and I ask them to write complete sentences instead.

One issue I see with considering citation references such as [42] as words is that papers that do so apparently never do so consistently. More concretely, a sentence like

is often followed by a sentence such as

As numerous problems have been pointed out related to the basic Wilmerding method [13 - 15], we have used the Thunderbolt Approximation.

As numerous problems have been pointed out related to the basic Wilmerding method References 13 to 15, we have used the Thunderbolt Approximation.

is not a sentence.

Conversely, if citation references are considered as words, each additional reference makes the sentence more convoluted, as additional sentence parts have to be added. In particular, the action of inserting a single reference to provide some evidence for a given statement becomes one of actually changing the respective text. This is simply not necessary if citation references are seen as meta-information super-imposed on the text, without any influence on sentence structure, that can be skipped while following the flow of the text, unless the reader specifically looks for references.

In general, I consider in-text citation references as an artifact from the days when scientific publications were still text printed on paper. We have various of these artifacts, such as papers being nailed down layout-wise on a fixed-size paper format like PDF, with what seems like physical page numbers and fixed-format section numbers, rather than per-document page numbers1 and a semantically nested structure of sections and subsections (that just imposes order and hierarchy, but not superficial things like numbering style). In my opinion, citation references are exactly this - an artifact that, sooner or later, will disappear and be replaced with meta-information embedded in the document, used by viewers to provide on-demand source information (e.g. upon mouse-hovering over the passage of text based on the cited work, which otherwise just contains a subtle visual cue indicating that there is something more embedded there), similar to context-aware editing helper popups found in some code/text editors:

In my opinion, citation references are like these context-aware popups. They are displayed near the text they refer to, but they do not belong to the text flow (and wouldn't be read out when reading the text of the actual document).

However, in⁴ only a small uncertainty has been introduced ...

1 Things are beginning to change, as evidenced by a question here, and also some publishers that give their papers page numbers of the style <issue>:<in-paper number>.

As was mentioned in a comment, the IEEE Editorial Style Manual (p. 5) says

Grammatically, they may be treated as if they were footnote numbers, e.g.,

It depends on the stylistic standards of your field. In linguistics, it is standard to use references as nouns, e.g. "X shows that" or "as demonstrated in X", where X refers to some publication. Generally our citations are of the form "Dewey (2011)", "Cheatam & Howe (2005)", but a few journals (all Elsevier, I think) use and require the nameless number system.

Yes, in at least some venues.
Including a citation in a grammatical position is explicitly given as an example for what you are supposed to do for CHI 2018:

I think the issue is plainly linguistic, on the basis that a sentence should be complete without the elements being in brackets.

From that perspective, you cannot use 1 or (Doe et al., 2017) as a subject or object, cause if you remove either of them from your sentence, the sentence will make no sense.

In most cases I came across this type of sentence, it was formulated as

and I think this is the proper way to have this information.

Round brackets (also called parentheses, especially in American English) are mainly used to separate off information that isn’t essential to the meaning of the rest of the sentence. If you removed the bracketed material the sentence would still make perfectly good sense.

Square brackets (also called brackets, especially in American English) are mainly used to enclose words added by someone other than the original writer or speaker, typically in order to clarify the situation:

He [the police officer] can’t prove they did it.

The short answer (IME, and it is a matter of opinion, including the editors') is no. But you can make it into a grammatical entity with a word or 2.

I'm most used to numerical (especially superscripted) styles¹. I might want to follow the method set out in reference 1, for example, rather than follow the usual method¹. Here's another example of how I used this approach in my thesis: 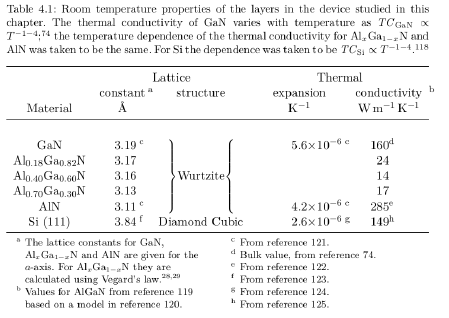 Otherwise the combination of my reference style and the footnote (tablenote) symbols would have led to table notes like ⁿ ¹²³, or confusion with powers (it's normally easy to avoid putting a reference next to a number, not in tables). I see no reson why this wouldn't adapt to the style in the question: I might want to follow the method set out in reference 2, for example, rather than follow the usual method [2].

¹A Author, "Notes on referencing"

2 B Buthor, "Citations that interrupt reading"

Textual referencing styles are more varied. Jones (2012) developed a method is fine if that's the style you use, as you're discussing Jones and their work. The rammed-together AuthorYear styles for example are harder. I've seen things like [Jones2012] in line. That, treated as a noun, could only refer to a paper, not (logically) an author. So you could follow the method set out in [Jones2012] (though I don't like the brackets in this case). Alternatively, Jones and Smith, in [Jones2012], derived the function from first principles. Some of the other text citation styles may take more work than this.

Not the answer you're looking for? Browse other questions tagged writing-style citation-style .

3
Why is it bad practice to write "In [1], it is shown that..."
1
Using reference as a subject in writing
-1
Referencing cited authors
21
Where should citations be placed relative to punctuation (e.g., full stops and commas)?
12
Referring to papers by myself and others in my thesis
5
Is it okay to cite the same source in two consecutive sentences?
4
How to cite a conference paper with no pagination?
5
When should cited author names be included in the substantive, rather than parenthetical, part of a citing sentence?
2
Capitalize "Ref." or not?
2
Style of inline citations (numeric)
See more linked questions

5
Methodology as a Body of Methods?
4
How to formally report database literature search results?
1
MLA Works Cited question
2
How to quote bulleted lists using IEEE style?
3
Where should I place the citation in this sentence?
0
How to use the IMRAD paper structure correctly?
2
What is the meaning of single number in page section of APA citation