Breaking an axis - is it ever a good idea?

I know that using an origin other than 0 for numeric data is considered misleading. But for plots in academic publications, is it ever a good idea to break an axis so that patterns and outliers can be more easily seen? Or would you always try to find an alternative (e.g., using a logarithmic scale, faceting, using multiple plots with different scales)? I'm looking for a general rule of thumb.

In my own experience, the time when it makes sense to break an axis is when you have a mixture of two distributions, such that neither a linear nor a logarithmic scale can represent things clearly. For example, I have done this when dealing with an independent variable in which there was an exponential distribution of conditions, and also zero. (e.g., 0, 1, 10, 100, 1000): this is poorly represented in either log (where zero flies off the chart) or linear (where the lower values are compressed), but well represented by zero, then a break to logarithmic.

For a dependent variable, however, I have found that it is usually better to use two charts with different scales, or a "detail inset," because it is important to give the reader a sense of the full range of the observed values, and a break reduces the visual impact.

I used to be a "don't break the axis" purist. I like to think that I have learned better. Nowadays, whenever I know that zero does not make sense for the data I am visualizing, I don't hesitate to break the axis.

A little example: I recently started recording my weight (in kg) and reducing my calorie intake. Here is the time series. Does anyone think that the plot on the right is more informative? It isn't. Because zero is not a possible weight for a healthy 39 year old male.

You've been told wrong. That's just nonsense. Do use a zero baseline when you're using area to indicate quantity, and a zero baseline gives you an area that's proportional to the quantity. That's typically bar charts, column charts and area charts.

But for line graphs, scatter graphs, sparklines, and any other charts where quantity is indicated by position rather than area, you're absolutely fine with a non-zero baseline.

Have a look at plots of external temperature produced by meteorological organisations: how many of them have a baseline of zero Kelvin? None. Obviously.

Sometimes, breaking an axis is the least bad alternative.

In one of my publications, reviewers were complaining that some of my lines were off the graph. But I didn't want to compress the y-axis so much that the lower values would be harder to tell apart. So, somewhat reluctantly, the final version of my graph looked like this: 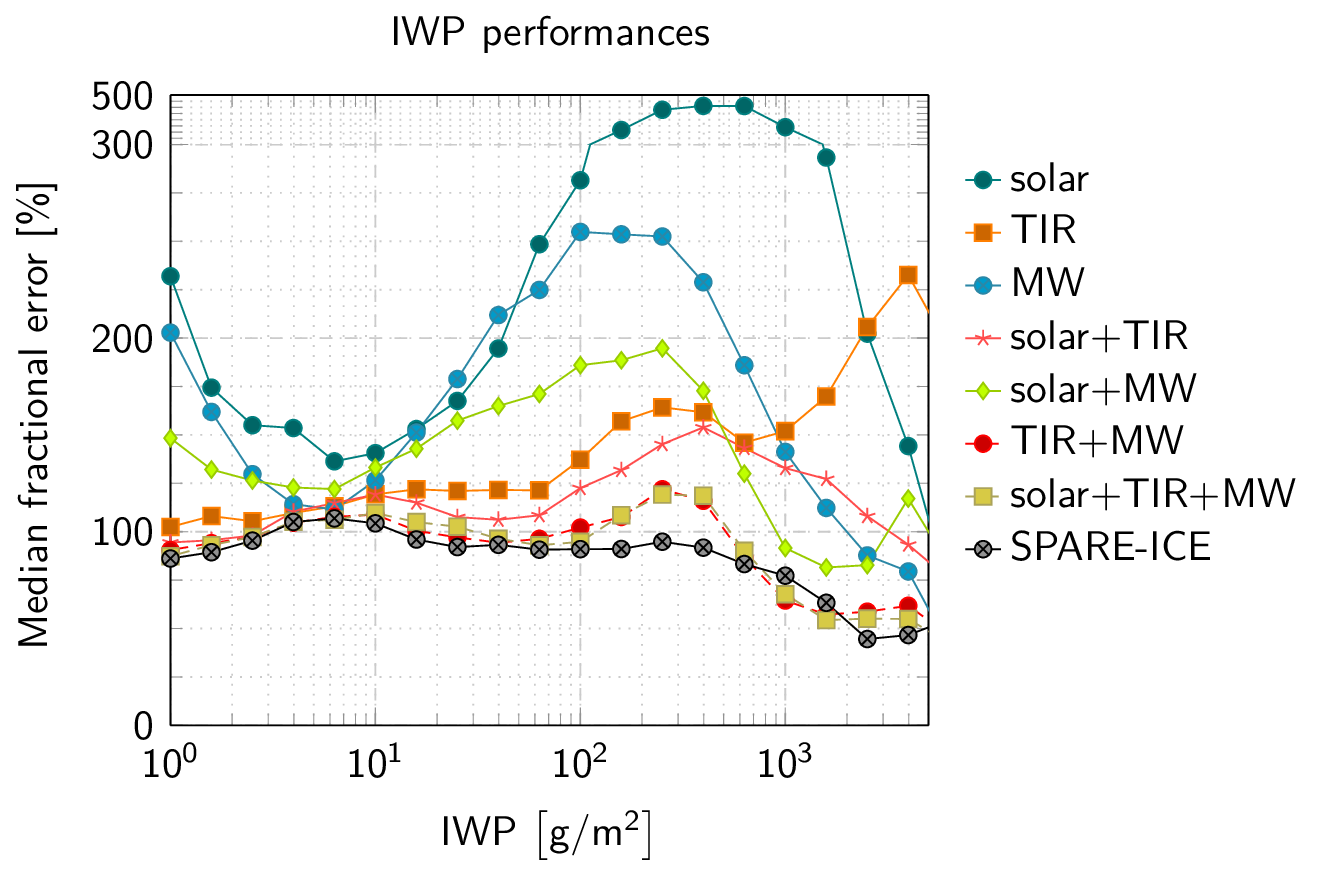 Note the unusual discontinuity around the value of 300%.

Is it ever a good idea? It is not ideal. But in context, it might be a better choice than any other alternative. In the figure above, I had the choice between (1) extending the entire y-axis normally up to 500% (rendering the difference between 100% and 125% hard to see), cutting off the graph at 300% (with one line going out of the graph), or by stacking two graphs with different y-scales as shown. I originally chose to cut off the graph, but after a reviewer complained, I opted for the solution above.

As long as you make sure that it is entirely unambiguous what set of values each location in the axes relate to, it should be acceptable. As ff524 points out in a comment, you should also point out the discontinuity or break in the figure caption.

It also depends on the variation of the data. If you know, from theory, that your data will change from 10 to 20 and the changes there are the ones you are interested in, you can break the axis and focus on that range. Wherever 0 is is irrelevant, as you know that your data lies between 10 and 20.

Not the answer you're looking for? Browse other questions tagged publications graphics data or ask your own question.

7
Is it valid to pad an axis slightly in order to enhance point visibility?
1
Axis naming for multiple parameters in one graph
8
“Percent” in chart title and on axis – redundant?
1
Dimensionless axis plots
6
Extent of reuse and reanalysis of data published by others
1
Developing a framework publication - if I have developed a new method for data extraction, can this be published in a peer-reviewed journal?
6
How to accurately digitize plot data from figures available as vector graphics?