What is the significance of the overview slide in a presentation?

The first slide which follows the title page of my presentation is the overview slide. It has the title for each section to follow in the talk (thank you Latex!).

My question is how much time is to be spent on the Overview slide, given the talk lasts twenty minutes? Should I talk about each section's one-line-synopsis to let the audience mull it over? If the answer is no, how do I transition smoothly from the Paper Title Slide to the one on Motivation for the talk (For example : Why I love Science?).

I often skip the overview slide in short talks. Instead, after giving motivation I simply say what the talk it is about: This talk will introduce you to Nutella, analyze its deliciousness, and compare it to peanut butter. Finally, we will talk about Nutella extensions - chunky Nutella, with chopped hazelnut.

In general, the overview slide allows the listeners to pace themselves, and understand where in the presentation you are.

I think the overview slide is the most important slide in the talk.

I like to use my overview slide to encapsulate the whole talk in a single diagram. A heuristic that I find holds true is that in a good <1 hour talk, you can say one idea: that idea might have a lot of different elements and side points as part of its explanation, but it all really anchors down to one core statement if you want the talk to hang together tightly. And that's what's on my overview slide.

You can tell it to the audience straight, too. I like to say, "Here's my talk, summarized in a single slide" and then explain the ideas. It's also good to give people the "punchline" of your talk right up front too, and then promise that by the end of the talk they'll understand how it works / why it matters / whatever.

One important further thought: I strongly recommend that your overview slide be very diagram/image-driven. Have people listen to your words, rather than read them, and a diagram will stick with their minds much better.

Edited to add Per request, some examples of visual overview slides from talks that I have recently given: 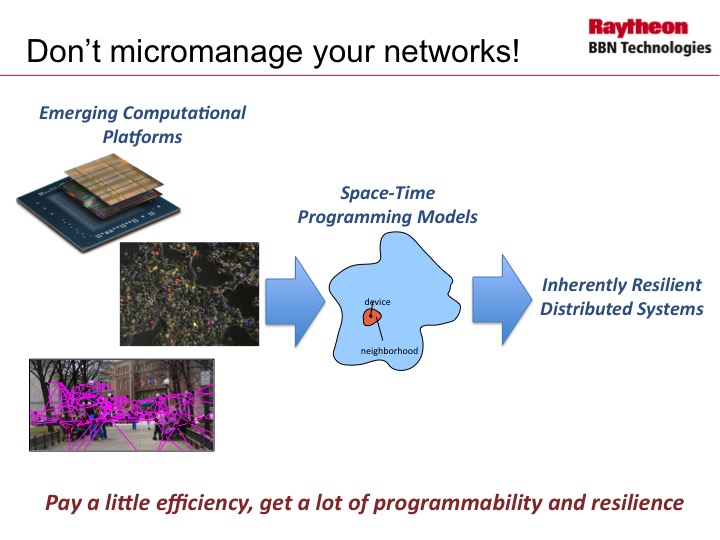 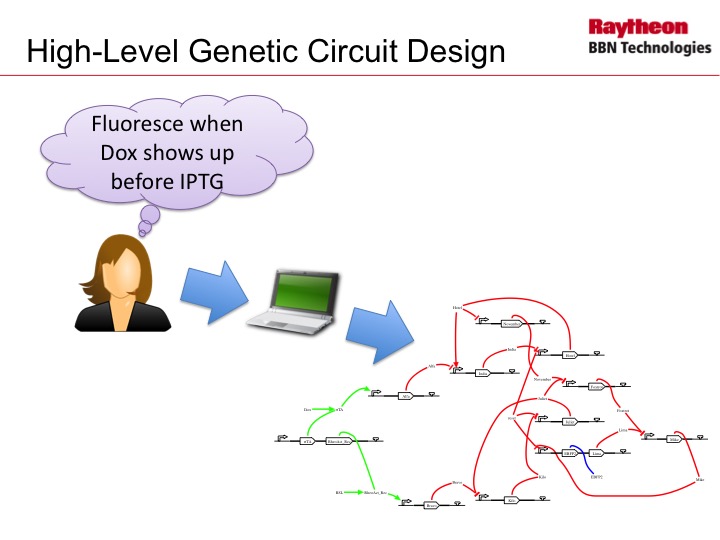 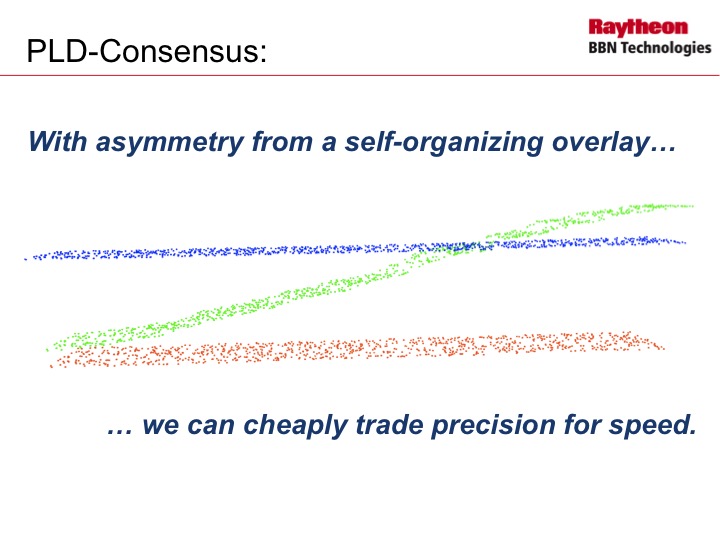 This may somewhat depend on the field and maybe I am a bit biased, but I have not seen a single overview slide (following the title) that was not a total waste of time so far. Eloquent Science agrees with me.

Essentially, there are two flavours of useless overview slides:

As already said, this may be somewhat field-dependent. So, you are probably best advised to think about what you are going to present on this overview slide and take the point of view of the audience to consider whether it really needs and understands this information at this point of the talk and is not better said later in a more fitting context.

Also, there are a few occasions where some general sort of overview slide can be a good idea. For example:

If the answer is no, how do I transition smoothly from the Paper Title Slide to the one on Motivation for the talk (For example : Why I love Science?).

That being said, I do not think that this transition needs to be smooth at all. The transition from whatever happened before you started talking to you talking is very unsmooth already, and thus it won’t be any worse if you dive straight into the big important reason why you are doing what you do.

However, often something relevant to your motivation appears in your title and you can build a transition on this. For example:

(I intentionally ignored your example topic, as in this case the whole talk would be a motivation.)

It depends on what you mean by "Overview" slide. If it's an opener slide that introduces and communicates the core idea(s) to the audience, this is likely the most essential part of a talk; this is where you have to engage your listeners, it should motivate your whole talk.

If, however, the "Overview" slide is basically just a bunch of headlines ("Table of Contents"), I would consider this slide a waste of everybody's time. Instead of boring the hell out of your audience reciting headlines, your narrative should be easy to follow without ever presenting a ToC (in German, I would refer to that minding your "roter Faden"; I guess it's called "Golden Thread" in English?).

I never use "overview" or "agenda" slides.

They basically show what you will be talking about, which you will repeat afterwards anyway.

When you read a book, do you expect to have an overview of what will be happening? Or a movie? Or at a concerto would the pianist stand up and say "I will be playing the piano and the guy over here the trumpet"?

A good overview slide is part of a road map that allows the audience to know where they are in the presentation. The overview itself provides the initial road map, and then as you get to major sections, you should have signpost slides that indicate where in the road map you are.

This helps the audience in a number of ways.

Without that overview slide, the audience has to spend some effort figuring out how to put all of those bits together. Do the work for them, give them a road map, and let them spend their effort understanding your important points instead!

Including a sidebar is a far better option than using an outline slide (see example below). As noted in other answers, the audience already knows the order your talk will follow. A sidebar, however, is useful in that it gives the audience an indication of how far through your talk you are. (If I had a dollar for every time I wondered how much longer a talk would go for…) 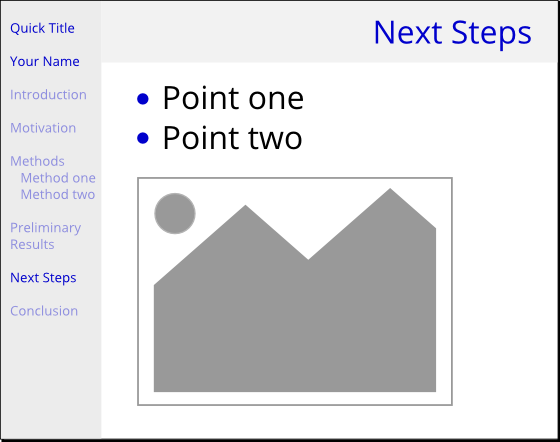 Not the answer you're looking for? Browse other questions tagged conference presentation .

21
What are some bad effects of bullets in presentations?