Why do some admissions applications ask where I've been living and what I've been doing for the last few years?

What are the intention of the question ? 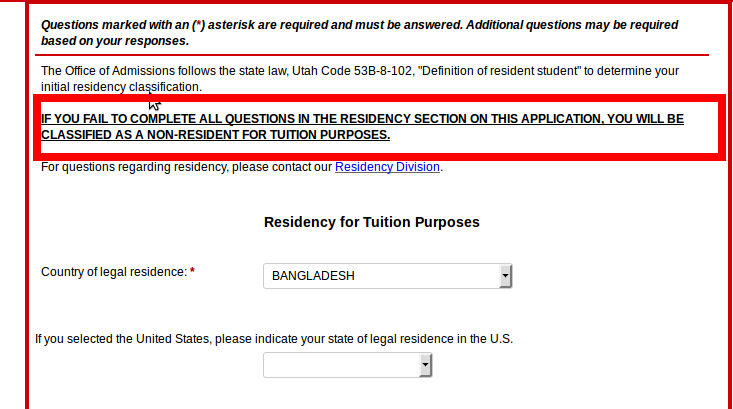 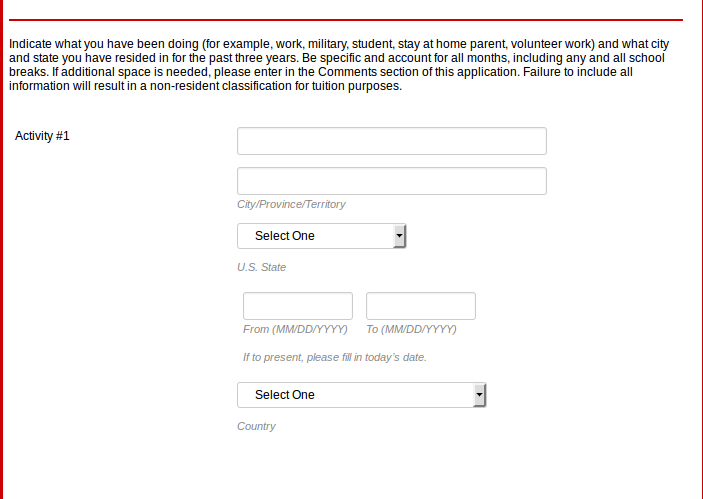 US state universities frequently charge lower tuition to in-state residents. The form states that if you do not fill in all the information requested, you will be classified as a non-resident and be charged the higher rate. Check the U of Utah's tuition system here.

As an alum of the school it appears you are applying to (University of Utah) I can confirm what Stephan Kolassa said about lower tuition for in-state residents. One thing that should be mentioned is that after attending a specific university for a while you may qualify as a resident of that state and thus, after attending a university for a certain amount of time, you can eventually become a resident and be charged in-state resident tuition. I don't know how this works for international students though.

16
Letters of recommendation: what information to give to a recommender
7
What is the process for PhD applications and contacting professors in France?
2
What should be emphasised in a statement of purpose when applying for STEM PhD programs in the United States?
4
What are the disadvantages and advantages for a senior graduate student to restart after 6 years' study?
1
What are the financial offer or opportunities for international PhD students in US and UK?
68
I was sexually assaulted by a professor writing me a LOR for grad-school applications. What should I do?
3
Will a 5 year gap between Undergrad and PhD hurt my chances?
2
À la carte graduate courses
4
Should I admit that I was a first-year PhD student in future interviews?