Clear colormap for figures when printed?

I often produce figures with a surface with quantitative data attached, plotted in a heatmap type style (see figure).

Previously, I've used the default matlab colormap for this but I recently noticed how terrible this is when printed black & white, the high and low colors appear the same.

Is there a better/recommended colormap I should use to improve clarity when printed.

Related: Are there good reasons to avoid using color in research papers? 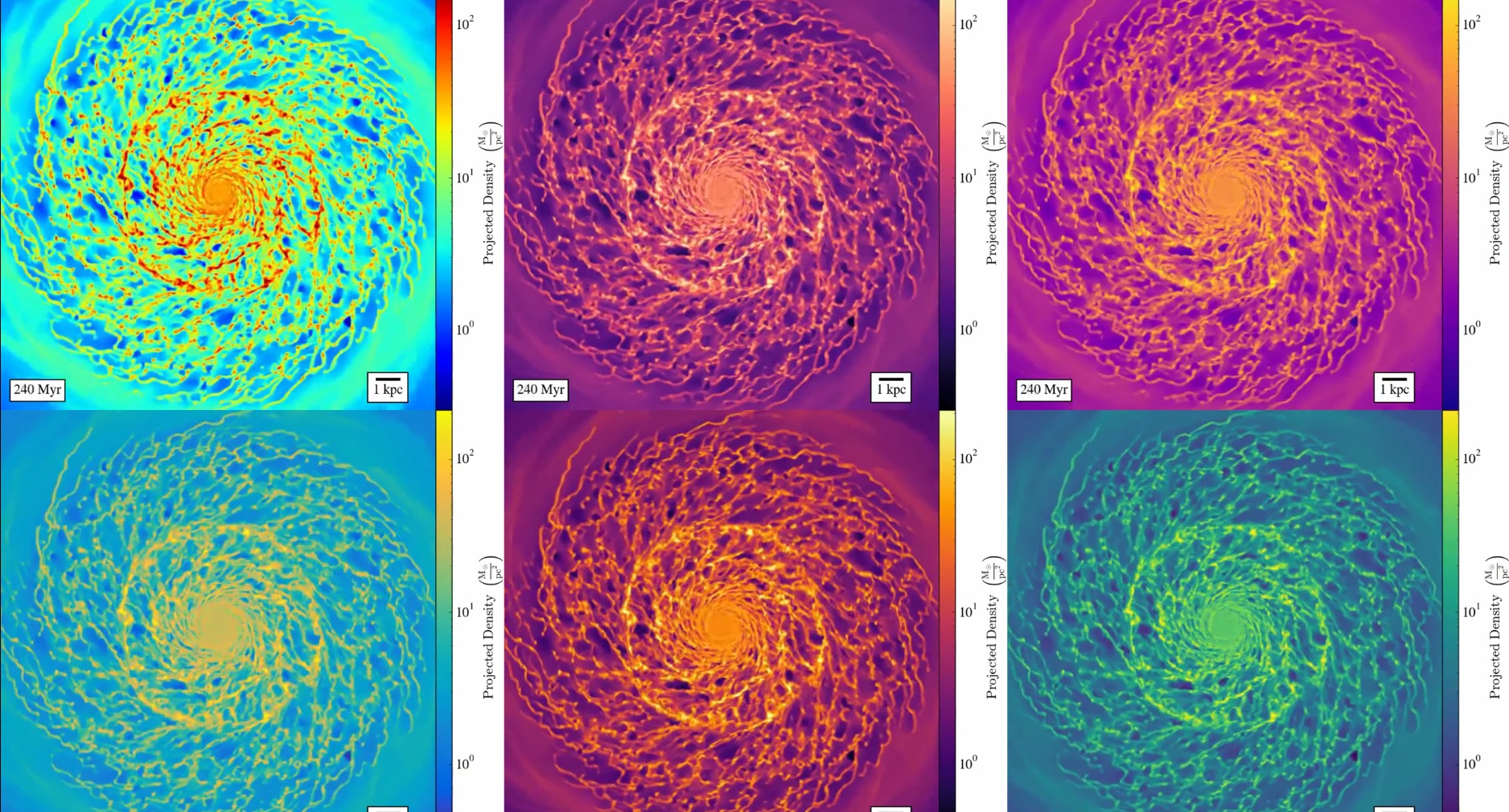 If you use Matlab, and you have access to Matlab R2014b or newer, use the default colormap: parula. They designed it so it is a good colormap, not only for b&w printing but also for correct data visualization (i.e. it doesn't add features due to the choice of colour, as jet does) 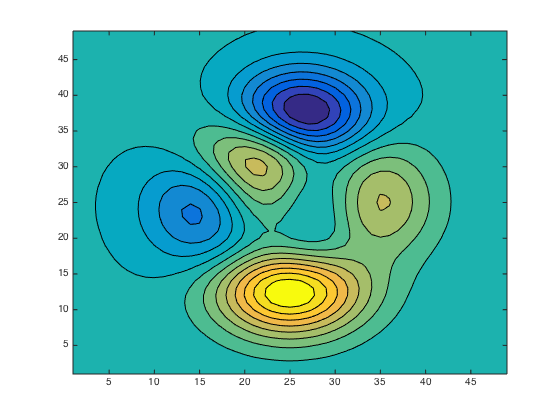 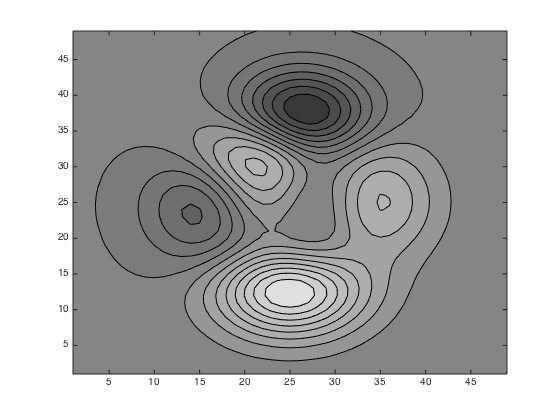 Use the "hot" colormap. If you use Matlab this is one of the built colormaps. I believe than in numpy and other languages you also have this colormap included.

You can see in the image below, how the commonly used "jet" , the "hot" and a "gray" colormap are seen in grayscale. It can be seen that the "hot" colormap is quite good both in colour and grayscale.

Thanks to those who pointed out that Parula is the new default Matlab colormap and solves this problem nicely. I will give a more general explanation of why this problem arises. A very good series of articles about colormaps can be found here.

I'll consider the colormap as a series of colours in Lab space, for reasons which will become clear shortly. In Lab space L represents the colour's lightness and a and b give the colour. Therefore we can view converting to greyscale as taking only the L component (with a=b=0). Therefore to convert well into greyscale our colormap should be monotonic in L and ideally approximately linear.

The 3D color inspector plugin for imageJ provides a handy tool to visualise the colormaps in Lab space. Looking at the Jet colormap (the old Matlab default) in this way the problem becomes clear. Jet is not monotonic in lightness and approaches maximum lightness somewhere in the green/yellow range. Therefore, when converted to greyscale the two ends of the map appear dark while the centre is light coloured.

Compare this to the parula colormap, which is monotonic in lightness. If you do further analysis you can also show that it is reasonably linear in lightness. The conversion to greyscale will therefore be pretty good.

There are many other colormaps which also have this property of monotonic lightness, in particular most monotone maps. However, it is also advantageous to maximise the distance between colours in Lab space to increase clarity when viewing in colour. Monochrome maps are relatively weak in this respect as they have a much more limited range of ab values than rainbow type maps.

I think the default colour map is not that good for most cases, since having essentially four different colours can make it look different than what it is. A very clear example of what I say (and a bunch of rants why one should not use MATLAB).

See the yellow stripe? It is essentially an artefact of jet, and not a property of the data (more on the post).

For a better option, I would suggest Color Brewer, that can suggest you different colour schemes safe for black and white, colourblind friendly, etc.

For a free (and maybe nicer?) alternative to Parula use Python matplotlib's Viridis. See this fascinating talk for its development: 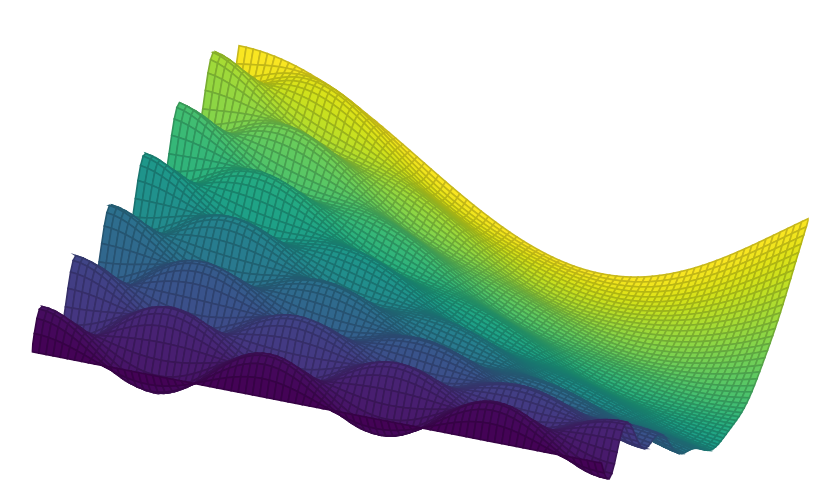 The figure examples pretty much says it all, if you look at how the different hues are translated into a grey scale you will see that a two-tone scale going from a colour rendering dark in B/W to a colour rendering light in B/W would the solution. But, this is not much different from using a monochrome scale from light to dark since the boundary when colour one and colour two may only be clearly visible in colour and not in B/W.

There is thus reasons for trying to solve graphics in B/W until it is clearly impossible to solve what you want to visualize in any other form than with multiple colours. Back in time, one would always argue that copying colour papers would result in poor B/W copies is not so relevant anymore since it is possible to use colour copiers, a combination of scanning and printing in colour or downloading a pdf to print in colour.

So while colour is all around us there are still reasons to consider B/W as a primary choice. Colour blindness (as mentioned in another reply) is one such reason. Plotting software, be it rudimentary as Excel or more advanced as Matlab forces colour in cases where it is not necessary.

The chosen answer mentions the 'hot' colormap, but I tend to find this is often too bright. I find that the 'cold' colormap (top) often works better.

Also no one has mentioned monochrome colormaps (bottom), which are just like grayscale but without the gray. These give you the ability to pick any hue you like, which can be helpful for making the colormap fit in with other elements of a presentation/poster/report etc. And you're guaranteed they'll remain meaningful in black and white.

In there you will find the following colour scales:

92
Are there good reasons to avoid using color in research papers?
23
How do I ensure that the colormap shows well in black and white?

92
Are there good reasons to avoid using color in research papers?
17
Color space for papers: CMYK or RGB?
18
Describing figures vs letting figures speak for themselves
9
Are there guidelines for choosing colors in figures?
4
What are best practices for designing publication-quality figures?
0
How do you adjust the size of figures for a journal paper?
23
How do I ensure that the colormap shows well in black and white?