journals publishers fees
Share
Improve this question
edited May 16, 2017 at 21:51

Small update: here is an analysis of the fifth-biggest publisher MDPI's profit margins: about 1-6% per paper, after tax. The APC is about $1500, and the cost per paper is about $1400. 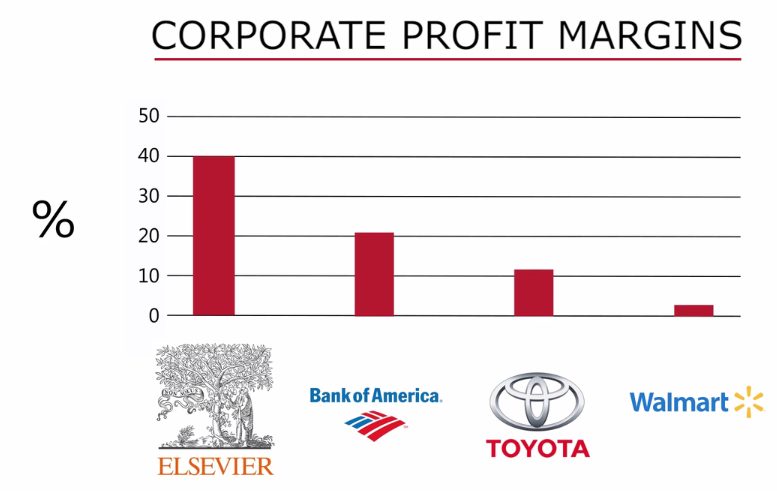 Not the answer you're looking for? Browse other questions tagged journals publishers fees .

154
Why are most scientific articles locked behind a paywall?
53
Why do tenured professors still publish in pay-walled venues?
51
why do academics write peer reviews?
38
Why do universities have to spend money on journals?
51
Are there boycotts against publishers other than Elsevier?
26
Reference for annual journal subscription costs paid per university?
50
Status of Elsevier Boycott
28
Who is earning money when users buy access to a research article?
13
Why do we not reinvent the journal system?
6
Why do "Author's Rights" in "Consent to Publish" agreements allow pre-print publications?
See more linked questions

14
Elsevier open-access fee waived for subscribers?
16
Is it bad to join the editorial board of a journal on Beall’s list?
6
Does peer-reviewing for journals/conferences which advertise to attract reviewers; harm one's academic reputation?
19
Why do big funders not act as publishers?
9
Why do journals need styles?
4
Are there universities where authors can/must transfer their copyright to the university for negotiations with publishers?
6
Has there ever been a discussion about the nationalization of academic publishing?