Are search committees biased in terms of a candidate's looks, such as long hair for men?

As a male Ph.D. student in engineering, I have not had a problem with long hair at any of the reviews I've attended with funding agencies, conferences, etc. However, I wonder if search committees will view long hair in a negative light.

I would particularly like to know if anyone has known of any instance in which a male candidate's long hair worked against their chances of obtaining an academic position, but I've edited this question title to be more general with respect to a candidate's outward appearance attributes which are under their control.

First, let me place my answer in the context of American academia. I'm sure that in some other parts of the world social conventions are different.

Contemporary American academia is one of the more formally progressive and tolerant subsets of western society. There are American schools which recognize a student's right not to have any gender! Although this is an extreme point, academic culture places a premium on toleration of personal differences, to the extent that most hiring committees are instructed not to take such "irrelevant things" as personal appearance into account.

But do they? I think all human beings do, in some ways. I do believe that people who are more physically attractive make more attractive job candidates, all other things being equal (and there are lots of studies to back this up). Recently for health reasons I lost a substantial amount of weight, and I think that my relations with undergraduate students are noticeably better, e.g. resulting in higher evaluations. Of course this probably has at least as much to do with the way I (nonverbally) communicate that I perceive myself: being more comfortable in your own skin shows.

As a result, if long hair feels natural and good to you, then I would recommend that you keep it. Like Samson, it may somehow be a source of strength for you. I was going to say that even the fact that you're asking about it seems slightly strange, but then I remembered that as a graduate student I would shave my goatee every fall (when I was teaching) and let it grow every spring (when I wasn't). I have now had a goatee continuously since getting a PhD in 2003! I also used to dress more nicely for class than I otherwise would. While I still think that one should not wear clothing which is especially ratty in any professional context, I have long since learned that nobody cares whether I wear sneakers or a jacket or anything like that.

The other thing is that it is not 1964 anymore: the men who were long-haired youths in the 1970s are now some of the senior people around, and many are still proudly growing long what remains of their hair. Both of the men who have been department heads in my time at my present job grow their hair longer than what conservative mores would recommend, and the current chair has hair halfway down his back. It is really no big deal.

Let me say finally that the odd faculty member who mutters something sour about your hair probably had other reasons not to like you. And if not, do you really want colleagues who are so superficial and intolerant? Times are tough, but I think one needs to make feeling comfortable in one's own skin a high priority.

We all agree that they shouldn't, but the truth is that probably they are, at least some of them. It's difficult to control subconscious feelings.

You can try to play the game in your favour, though: wear an elegant, smart outfit and make sure your hair is well groomed (there is a difference between "long hair" and "hasn't seen a pair of scissors in years"). What people are usually biased against is not long hair per se, but the feeling of untidyness and negligence that they associate with it; you have to disprove this unconscious mental association.

The simple answer to your question is the Luxuriant Hair Club for Scientists.

You are making a mountain out of a molehill. Just cut your hair and grow it back when you get the funding, job or whatever. Just keep it neat. Dress up nicely and conduct yourself well. Unless your hair is like the guy below, you should be fine. 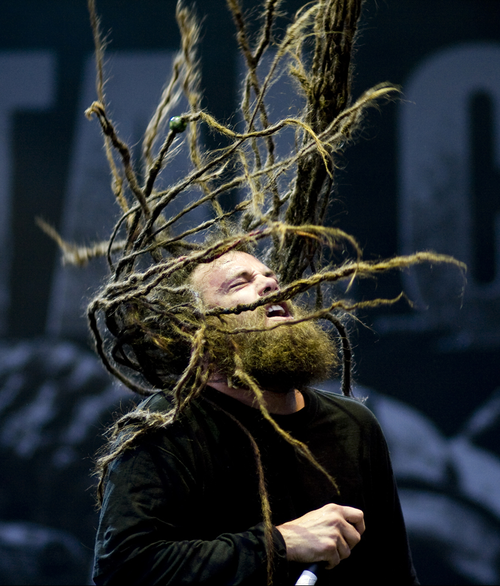 Not the answer you're looking for? Browse other questions tagged job-search outward-appearance .

57
What is the effect of a PhD student dyeing their hair blue?
66
Is there a standard of professionalism in academia requiring me to hide self-harm scars if I'm otherwise comfortable leaving them exposed?
33
What to wear on one's shoulders to interviews? (bags, backpacks, etc.)
23
Tattoos in the Workplace
5
Academia's view on body modification
9
How large is the effect of one's appearance on the recognition among scientific peers?

5
Are search committees often interested in someone who will add to their department's expertise?
2
How to present preprints that are not publicly accessible on a CV for math academic job search?