What tried and tested possibilities are there to create a poster without using LaTeX? [duplicate]

What tried and tested possibilities are there to set up a (nice) poster for a conference without using LaTeX?

I find LaTeX always cumbersome for that purpose and I am curious about alternatives.

In the past, I've found MS Powerpoint to be a very acceptable way to make nice posters since it supports large paper formats and scaling images well. If you need equations, you can make those in a standalone LaTeX doc and cut and paste them from the PDF to the poster pretty reasonably. It's been a few decades since I've had to do this, so LaTeX may have an improved way of doing this now, but it's there to back you up for better looking equations.

My recommended tool for this is Inkscape. It uses vectorized shapes and is pretty intuitive to work with. 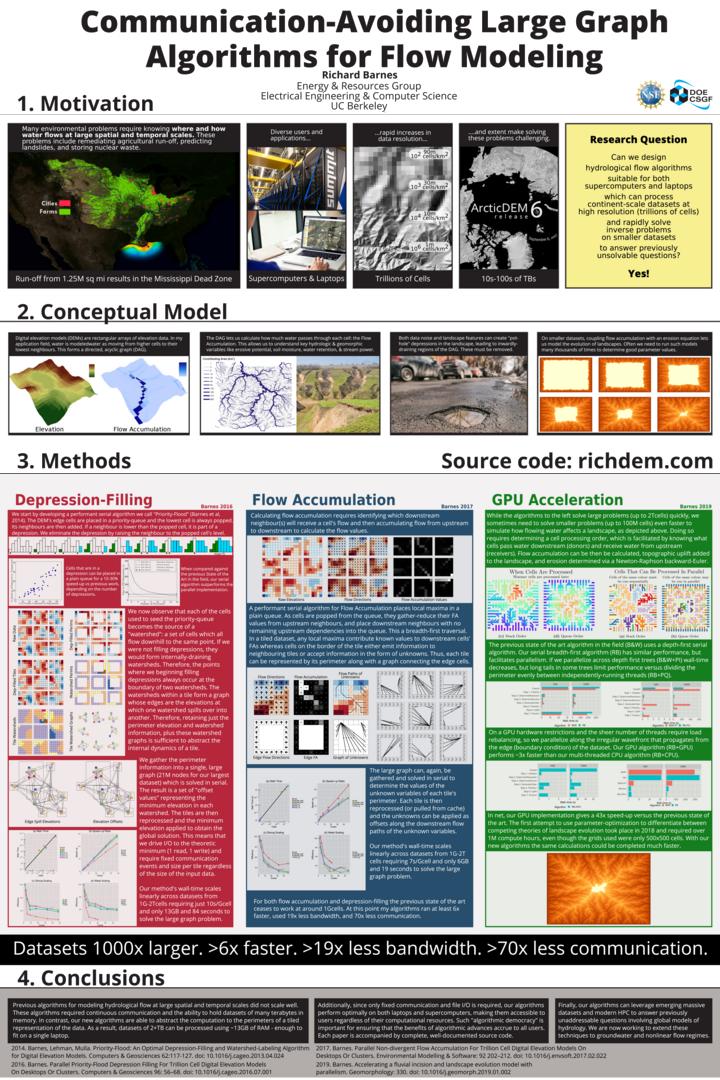 And of course, it can be printed to PDF as needed. Here is an example

Here is a template that I built not so long ago: https://github.com/cpitclaudel/academic-poster-template/ . There is also a concrete example and a tutorial.

There are a few examples of use from other universities in the "forks" list on Github. For posterity, I include a screenshot: 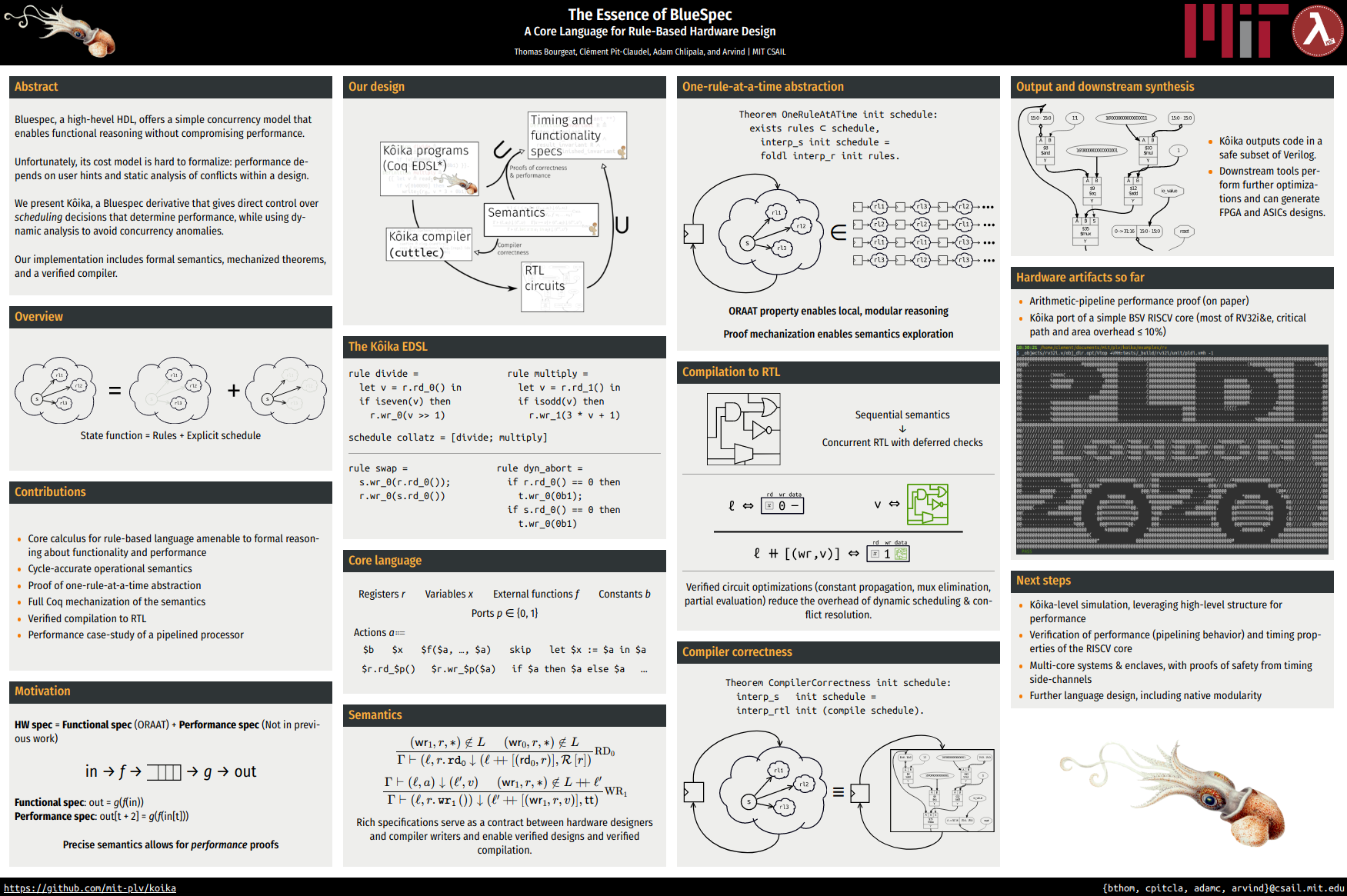 And one of the mobile view: 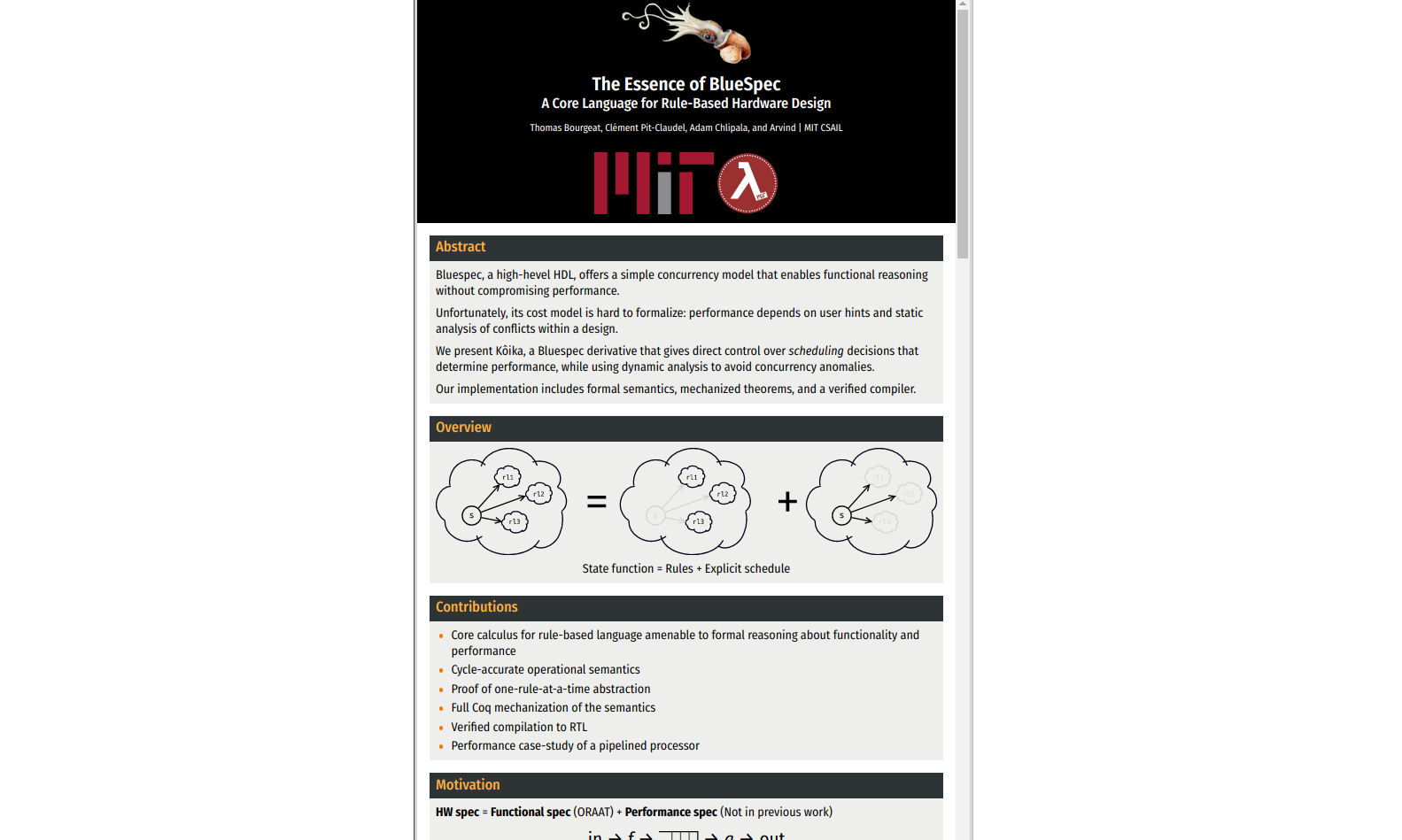 I often use Adobe InDesign. InDesign isn't an introductory program, but I don't find it to be hard to use to do simple things like arrange text and color boxes.

Universities often have copies somewhere, for example, a set of workstations in a library. You could also pay for one month at a time (it's a subscription service) when you need it.

Well, some people use Microsoft Power Point (no idea how the manage) - Libre Office Impress is the Open Source alternative.

Given that a poster is more a layout, it might make more sense to look at Microsoft Publisher or Libre Office Draw.

Then there are Adobe Illustrator as another option and maybe also Adobe InDesign.

Depending on the type of layout and graphics you want to employ, you may even consider photo manipulation programs such as Adobe Photoshop, GIMP or Krita (Krita is great, on Linux and Windows). However for text heavy content you will have potentially a lot of issues organizing them.

Although I wouldn't call LaTeX cumbersome: LaTeX requires upfront work, but once you have figured out your approach of doing things, it is very efficient. I'd rather figure out how to make something work in LaTeX (with the option of asking questions here or elsewhere) than fiddling with incoherent drag and drop formatting options to end up with a worse looking document... Though some details might be subject subject dependent: MS Office is not able to properly print units (no half space) following SI recommendations and the typeset is too heavy and hence ugly for printer use (works well on screens though).

In addition to all the great tools that have been suggested ( PowerPoint, Inkscape ) I suggest trying Microsoft Visio. It is was designed for schematics and plans but actually it works amazingly well for posters because it designed to allow clear and easy alignment. It might be an overkill solution but most of my students have managed to make great posters with it.

On the mac, i use Keynote for posters. It supports vector graphics so images and text scale well. It has good and simple tools for alignment and grouping (but text flow/wrapping is not good). It has pretty good grouping and aligning/distributing. If i am presenting a 2m x 1m poster I will set the document size to 2000 x 1000 pixels so that i know that 1 mm == 1px.

I have found that Keynote hits the right level of simplicity for throwing together eps/pdf graphics and some extra text and annotations.

In my experience more powerful tools, like inkscape or illustrator or inDesign have a steeper learning curve and are not really necessary for what i want to do.

If it's not too complex, try the online tool Canva.

The free part of this has a share of templates, font styles and graphics.

You can add in your own images.

For a fast slap-up, this is handy enough. See attached example.

A more elaborate poster there's a subscription for the pro Canva. 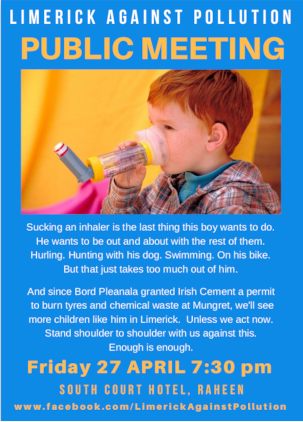 Similar to the person here who replied Inkscape, I very much enjoy creating posters and even slideshow presentations using the Gnu Image Manipulation Program (GIMP).

There are definitely pros and cons compared to LaTeX or Libreoffice Impress et al., but in general, if you have knowledge of even the most basic tools in GIMP, it gives you great flexibility and creative freedom, and you can do some really nice posters. My only caveat is you'd need to think how you want to layer the poster before you begin: it's flexible to change individual objects, but if you decide you want to go with an altogether different template half-way through, then it's not as forgiving. (unless of course you have such a template already made from a previous GIMP poster and you're happy to rearrange the individual elements manually).

Also, GIMP is very scriptable, with a relatively simple python interface. But that's if you want to go the extra mile for automation :)

Here's an example of a poster presentation a did a few years back for a conference: 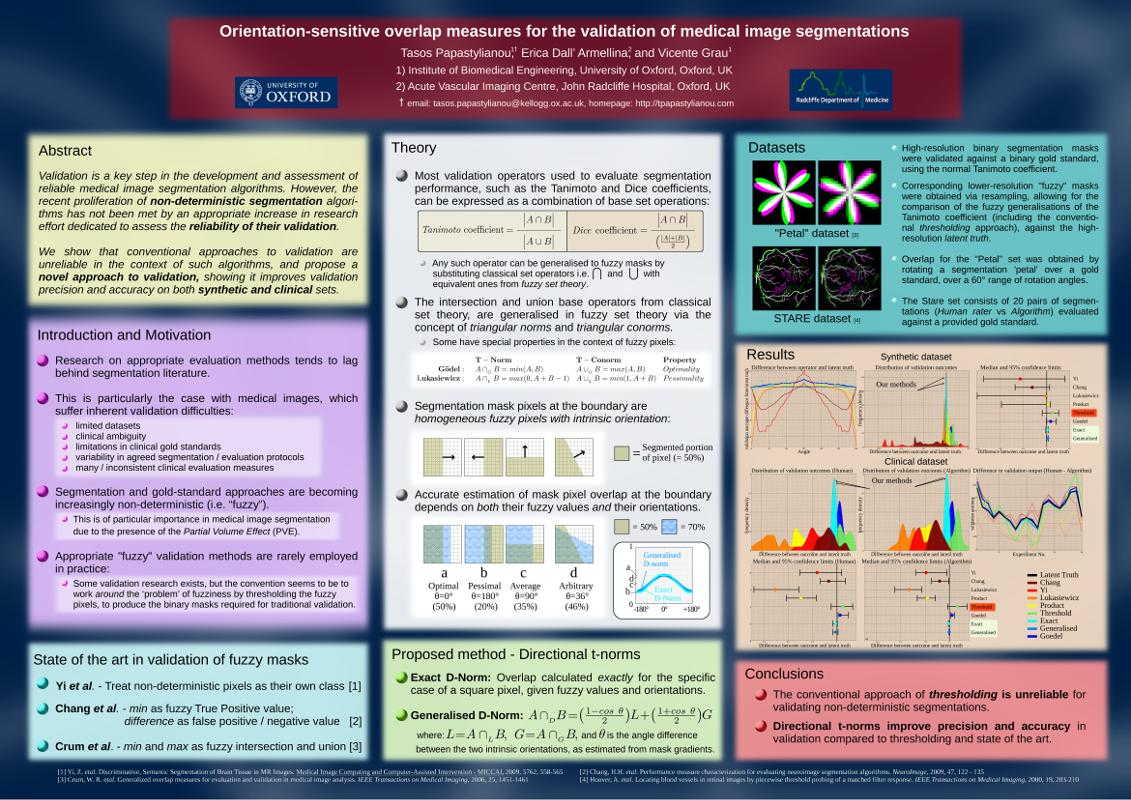 Not the answer you're looking for? Browse other questions tagged software poster tools .

65
Software to use for creating posters for academic conferences?