Can anyone with a PhD write a textbook?

I think I have a few questions here.

I've said this before: I don't have many talents, but I can teach, and I can teach very well. Education is my passion and that is one of the reasons I am pursuing my PhD (that, and the fact that I love doing math eight hours a day).

This being said, can anyone with a PhD write a textbook? Or do you have to be well-known in the field and have lots of papers published? What if I write a really good textbook- will nobody buy it because my name is not known?

Anyone with or without a PhD can write a text book. Yet independently of how well-known the author is, text books are not particularly well-selling items, since the audience is very narrow. And even if they sell well, you will certainly not get any significant money from the sales.

If you want to write a text book for teaching purposes and because you think you can write a high-quality text book, then do it, go ahead. Yet its popularity will probably grow if you make electronic copies available for free.

I am writing two text books at the moment, yet not in English, so I expect the audience to be fewer than 100 people. :-) However, I am still writing them because they will be nearly the only textbooks on that topic in this language, and people have already been very thankful for the drafts.

Unfortunately, yes. Anyone can write a text-book. Even people who absolutely should not.

The attached image is from a book I found at my local library. 'New Method in Mathematic'. Yes, this is the title, and yes, it is misspelled.

Every page in the book looks more or less like this: 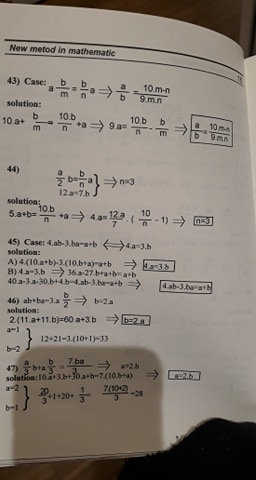 I have no idea what the new method is either, and I did really try to figure out. It is a complete mystery to me why anyone would spend that much type typesetting what seems to be complete nonsense. In any case, it is perhaps to no-ones surprise that it is self-published.

Anyone can write a textbook if they want to. No publisher would publish it (and nobody would buy it), but you can still self-publish, put the book on Amazon, and say you've written a textbook.

On the other hand if you want to get a publisher to publish it, then you'll need to demonstrate you're an expert in the field. This is necessary because otherwise the book won't sell. It's not strictly necessary to have a PhD to be an expert, but practically speaking it might as well be, because almost every real expert has a PhD.

What if I write a really good textbook- will nobody buy it because my name is not known?

Yes, you can write a textbook, even without a PhD. But the first problem is that you need to make a connection with a publisher. If you send a manuscript to a reputable publisher they will most likely return it unopened to avoid future claims if they read it, reject it, and then publish something in the future.

But a common way to connect is to attend some educator's conference in your field. Most such conferences have "book fairs" where publishers show off their wares, seeking adoptions. But these are also typically attended by "acquisition editors" who are on the lookout for new products. You can arrange to have a conversation with such a person and pitch your idea. It might fit a need they have and you can then work toward getting a contract.

You can do all of this before or after you have a draft of the manuscript, but they want to see and evaluate the proposal before they look at any manuscript.

And, as others have said, there isn't much money in it for authors with a few exceptions. And the money isn't likely to last for long unless the book takes off and you are willing to revise it every three years (approx.). Remember that those acquisition editors are still out there looking for something to replace your book. The "next new thing". A textbook that still has sales after about five years is an exception in most fields.

I completely agree with the other answers here which emphasize the big gap between writing a textbook and having it published by a publisher (and then the further goal of expecting people to buy it).

Related: In some newer fields, such as machine learning, there is a culture of open access: see the famous petition against a new subscription journal from Nature in favor of a new open access journal. Andrew Ng's online lectures have probably been seen by more students than any physical machine learning textbook. I assume most other disciplines are more traditional in using textbooks.

For all popular subjects, there are already popular textbooks that are good enough. I do not believe it is possible to make an improvement large enough to convince people to switch to your book. If you want to create a successful textbook, you need:

You will notice that there is no benefit to the author to meeting these three criteria.

If you are well established as an expert in your field, the major academic publishing houses will come and find you. (You may have posted lecture notes online that they like.) Otherwise, you may be in for a hard time as explained in detail by the other answers here.

Since hardly any textbook makes its author a lot of money, it is best done if your day job is a professional environment in which you have the opportunity to spend the requisite amount of time.

In practice these criteria tend to apply predominantly though not exclusively to tenured academics or retired ones; a PhD is not a requirement but usually comes with the territory. Also, the book will absorb ideas that could have gone into primary publications. So even tenured academics often effectively sacrifice their prospects within academia by writing books.

That said, if you have a book in you that absolutely needs to be written, do go ahead. You do run the risk of producing something that is only acceptable to viXra.

Anyone can Write a textbook. Most professors that publish textbooks use the chapters as lecture notes for several years so that their students end up proof reading the textbook for free.

If you try do do this without being a professor, you will

Bear in mind that unless they are for very popular courses, many text books not only loose money for the author, but the publisher as well. bearing in mind the time to type set it and things.

One of the services that a publisher provides (along with editing, design, printing, distribution, legal, etc) is marketing. They have a sales force that goes out to bookshops. They send out review copies and written blurb to magazines and newspapers. They advertise to the target audience.

THAT is what gets books sold. 'Word of mouth' will only get you so far, and needs to overcome a lot of inertia before going 'viral' or 'global'.

I'd wager that most books in education are marketed on the strength of their content, than on star quality. "The new standard in Statistical method!"

Anyone can write a book/textbook. If you feel you have something to offer that doesn't exist, or that you feel you can improve on something, then you should definitely give it a shot. As others have said, the publishing houses may ignore you. Self-publishing is a good way to go, just do your research and don't give up the rights to your creative property. My wife joined a group called Author Academy Elite, for a fee they offer instructions on how to self-publish, help you publish your first book, and you can put AAE down as your publishing company. Again, do your research, because there are more companies like AAE, this is just the one my wife chose.

If you are really passionate about the subject, knowing that you have helped at least one person learn about that subject is a great feeling. (royalties can give you a great feeling, too, though!;) )

Not the answer you're looking for? Browse other questions tagged books .

12
Are there any examples of popular self published textbooks?
1
what do you think would be a reasonable amount of time to write 60k words book?

45
Is it legal (USA) and ethical to use international edition textbooks? When I pay for a textbook, where does the money go?
194
Why would an academic write a textbook for free?
5
Sharing set of exercises in a textbook (the morally right way?)
25
Can authors email you for free PDFs of their textbook sold for profit
4
How do I find graduate level topics and textbooks after graduating?
14
Teaching with a textbook
94
Should I seek professional help because I have a lot of math books?