What is research misconduct of Xuetao Cao about?

Recently on social media, news broke that Xuetao Cao duplicated or manipulated images in more than 50 papers of his. These accusations were brought to the public by Elisabeth Bik and explained in great details in following article 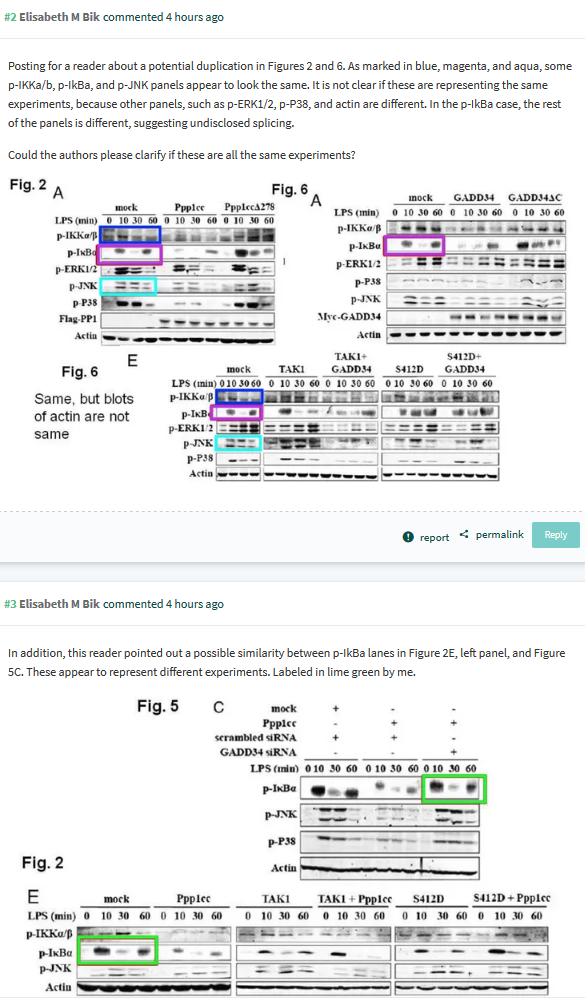 as someone who finished MSc in Immunology I can't understand what is wrong with images, they look credible to me, although there might be some software that can tell difference. How is possible that so many figures got duplicated and no-one from peer reviewers noticed? What is this scientific misconduct about? If it is really one after all.

Without considering the actual case. A referee is not an investigator/detective. This is why figures/tables/photographs might be composed or manipulated without being noticed at first.

It is right what you say: they look credible and likely make sense in the context of the work. Though, some entries look copied and pasted. This is a recurrent case. Sometimes the authors take a pace in which even ex-novo fabrication of data is time and energy consuming.

An example of how things can go is this: https://en.m.wikipedia.org/wiki/Schön_scandal

The claim here is that the Figure 2 and Figure 6A look like they separate blot, but if you look at the pixel level shape of the dark blue highlighted bands, you'll see they are the same band. I.e. the bands being used to say that the mock in Figure 2 had no effect on p-IkBa are the same bands that are used to claim that the mock in what is presented as an entirely different experiment had no effect.

You might argue that they have demonstrated that mock treatment has no effect once, isn't that good enough - but in that case, why present it as though t were a different experiment? Its not just that they are presented as though they are on the same membrane, but also look at the columns -

As for why this wasn't spotted- this stuff is pretty hard to see unless you look really carefully for it - examine the deformities in each band, where are the dust grains (e.g. in the fourth IkBa band there is a black bulge on the top of the band about 3/4 of the way along). I wouldn't have seen this unless someone had told me it was there.

Not the answer you're looking for? Browse other questions tagged peer-review research-misconduct or ask your own question.