How many professors are there in technical fields with no degree whatsoever?

Peter Beck has recently been appointed an Adjunct Professor in Aerospace Engineering at the University of Auckland. As you know, Peter Beck is the founder of Rocket Lab, which has put payloads into space, but Peter Beck also never attended college and even dropped out of high school.

How many Adjunct Professors are there in technical fields like Aerospace Engineering without any college degrees? How many high school dropout professors without degrees?

I don't have numbers, of course, nor even proportions, but I suspect that the number is small.

But more important is the question of how such a person would be hired and what sort of position they could hold. The problem is that a school or university wanting to employ such a person needs some assurance that the person is competent for the position. Not holding any degrees makes that more difficult in general.

But some people have excelled in a field with no formal education. That isn't especially unusual, actually, but not a lot of them will want to teach. But some will. Many will want to do it only part time and money isn't the driver for them, so a position as an adjunct can be attractive both to them and to a university. But no one will be looking at it as a career path.

I suspect that Harvard would be happy to have Bill Gates teach a course occasionally - probably not in BASIC language, though.

Luminaries in a field are probably offered such courses fairly frequently, I'd guess. But especially if the institution is looking to establish a long term relationship with future funding in mind.

Depending on the institution, country, and field, there may be various types of "professors" teaching courses. For example:

According to the American Association of University Professors, about 20 percent of the "Instructional Faculty Workforce" in the U.S. is grad student employees, about 50 percent is non-tenure track (who may or may not have a PhD), and the rest are tenured or tenure-track faculty (who usually have a PhD or other terminal degree). 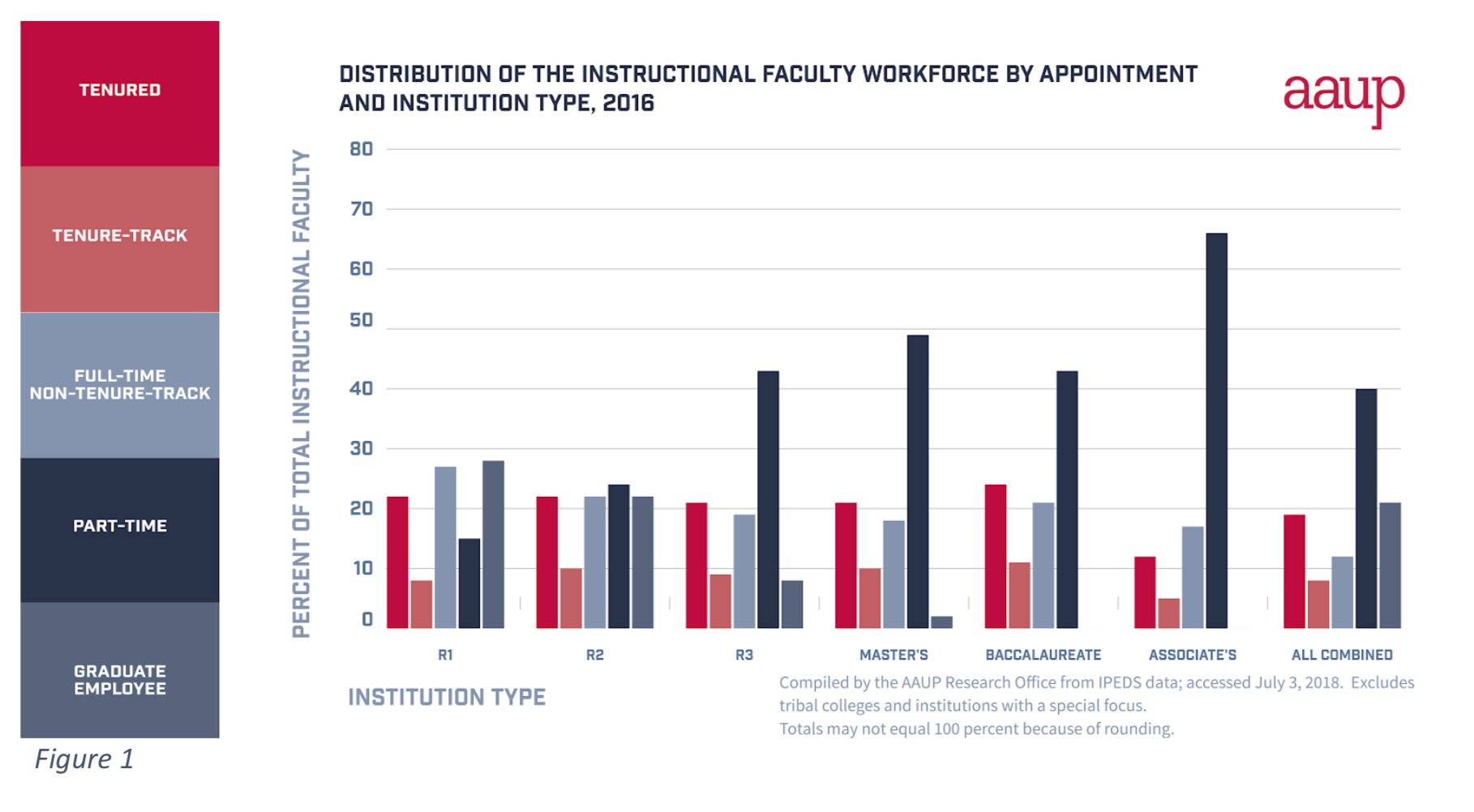 An adjunct instructor, or lecturer might not have a degree.

Not the answer you're looking for? Browse other questions tagged professors adjunct-faculty credentials or ask your own question.

16
Professorship without PhD in the United States

47
Can one excel in graduate school with a demanding family life?
56
Do universities hire graduates from lesser universities
15
Is it possible to survive in university academia without applying for grants?
23
How many professors are children of professors?
17
A female professor was found responsible for sexual harassment – what can happen to the signatories of a letter in support of her?
23
Can I become a tenure-track prof in one dept (biology) and teach in a different dept (math) with only one PhD?