How is the Journal for an Annual Review Chosen

I'm mentioning this, because I think this working group is an institution in and of itself that could hardly depend on the prestige of a journal to make its claims credible. Obviosly it still has to go through a thorough peer review process, but still I think it kind of does have a standing of its own.

Since this review is quoted by virtually every paper that depends on experimental particle physics data, publishing it in a specific journal seems to me as to give this specific journal a citation/creditiblity boost (as opposed to it being the other way round as usual). Is this impression correct?

I recently noticed that they swiched from publishing in Chinese Physics C in 2014 and 2016 to Physical Review D in 2018 (which is a very prestigous journal in particle physics, I don't know the reputation of Chinese Physics). Looking through the history of the review, 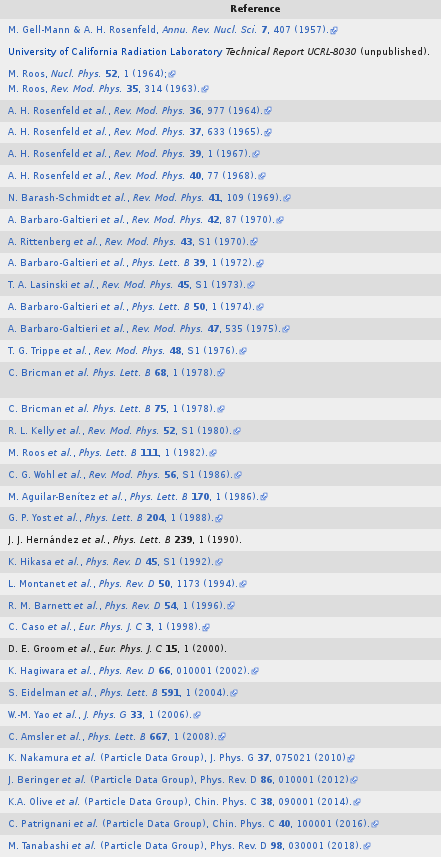 I noticed that it has historically mostly been published in Physical Review or Review of Modern Physics with a couple of other journals intersparsed. How is the journal for publishing a review like this chosen? It seems to me that with a longstanding review like this, they gave some credibility to a journal like Chinese Physics which I had never heard of before.

Short version: it's a money issue, at least in the case of Review of Particle Physics.

Disclaimer: I'm not part of the particle physics community, so I might get some details wrong in the following, but I think the broad strokes will nevertheless be correct.

First of all, I think the scale of what the Particle Data Group is doing shouldn't be underestimated. They are a group of more than 200 contributors, who publish a humongous, ever growing biennial authoritative and extremely well-regarded review article. With over 2,000 citations per year, I think it's fair of you to say that the article would boost most journals, rather than the other way around. Obviously just the data collection, editing, and fact checking requires a fair amount of funding.

As I understand it, there is a process where different publishers bid on the right to publish the review by offering to shoulder (at least) part of the cost of printing the books. (CERN covers at least some of the cost for the booklet.) This is the main reason why the article has moved around between different high-energy journals. Then in 2014, apparently only Chinese Physics put in a bid, and consequently went on to publish the article.

Not the answer you're looking for? Browse other questions tagged journals review-articles or ask your own question.

1
How should an undergrad pick a journal to submit to?
2
How best to organize a review paper that includes some of my own data?
19
What is the relationship between impact factor and journal ranking
9
Is there a way to find review articles by the keyword?
4
Publishing as a IEEE letter vs article
4
Should a review paper contain any original (previously unpublished) research?
4
What is the motivation to start a new journal in a crowded field?