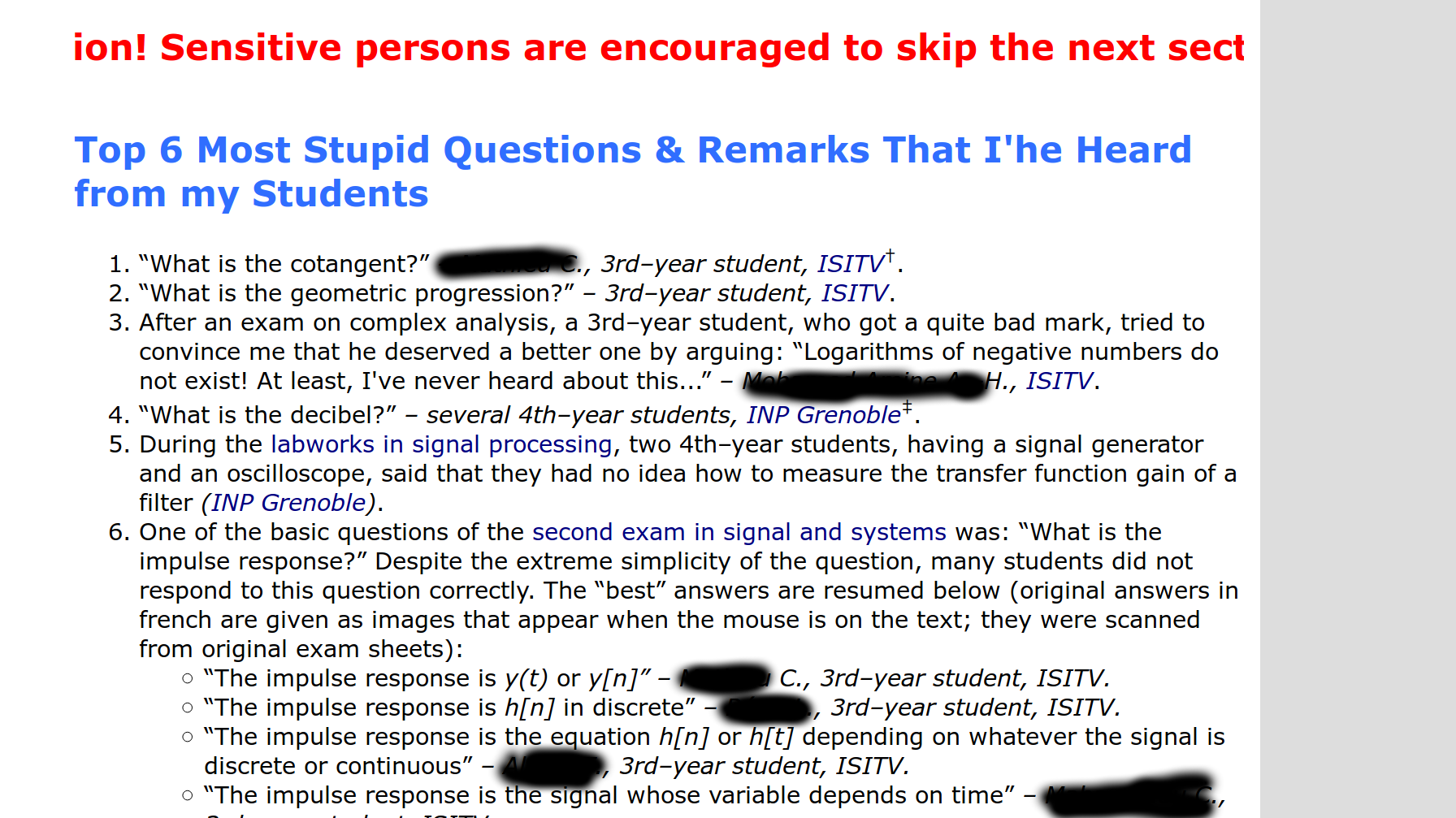 Not the answer you're looking for? Browse other questions tagged ethics teaching legal-issues france professionalism .

53
Is asking your PhD supervisor a basic question considered inappropriate?

10
Is it worth it to print a copy of the syllabus for each student or it is better to have it on my course's website?
88
How to deal with a student who harasses the (inexperienced) teacher during class?
45
What should I do if I don't know the answer to a question posed by a student?
8
Teaching for the first time: is reaching out to each student acceptable?
1
Can I publish a paper with a group that is different than the one I start with?
13
Is it acceptable to look up a student on the Internet to find out whether I have a conflict of interest?
9
How to intervene with a student struggling in the major?
4
Should I report apparent conflict with handling editor during peer review?
32
Is it ethical to share with students a book draft that the author no longer makes publicly available?