How to put multiple affiliations on a paper as the author?

You should be able to put both affiliations on. I assume you are permanently employed, in which case that is more permanent than the academic address. However, if your published work is done as part of your schooling you should put that affiliation first, perhaps listing your job affiliation/address as "permanent" or something describing your employment.

The reason for putting your academic affiliation first is that it is within that you have done the work and probably received intellectual coaching and support (if you receive similar input also from work then that affiliation might be equally valid as first). Listing two affiliations is common and the reason is typically when people move between institutes and it is important to keep readers aware of one whereabouts in such circumstances. In your case you will likely be found at your company in the future (my assumption) and it therefore makes sense to list also that.

If both institutions contributed to the work you are reporting in your article, you should list them both as affiliations. It is not unusual at all, and in most (all?) journals there is no concept of “primary” or “secondary” affiliation: whichever order you list them in is fine.

For example, see the penultimate author in the list below:

or this other example (which I consider over-the-top): 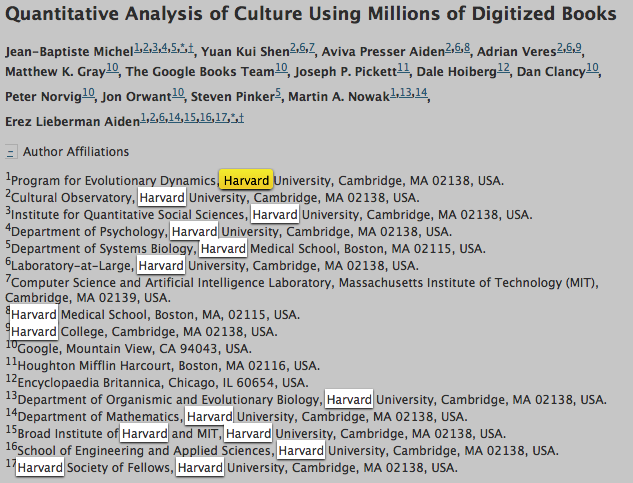 Not the answer you're looking for? Browse other questions tagged publications affiliation or ask your own question.

16
What is the criterion to include an institution as “affiliation” in an author list?

25
Is it acceptable to publish a paper using an affiliation with a former employer?
27
Affiliation for a retiree
7
Publishing without an affiliation while having one
3
Indicating work was performed as a student for alumni
1
Academic Affiliation - Paper will be Resubmitted during PhD but published as an AP in another institution
1
affiliation if I change departments within university
0
Publishing a paper on research with a previous employer, funded by my current employer
0
Doctorate with no affiliation submitting to a publication with an undergrad co-author