What guarantee the validity and relevance of “grand” social sciences' theories? [closed]

Ask Question
Asked 1 year, 7 months ago
Viewed 84 times
3
Closed. This question is off-topic. It is not currently accepting answers.

During my undergraduate years, I took a variety of courses in social sciences, and was exposed to writings by famous thinkers like Freud, Habermas, Foucault, Claude Lévi-Strauss, as well as lesser-known authors such as Lacan, Judith Butler, Erving Goffman, etc.

The majority of them offer some fascinating theories about humans and societies, yet I couldn't help but wondering how much of those theories were, or could be, verified by empirical studies and empirical evidences. I particularly couldn't shake off this concern when the authors go deeper in their analyses, making inferences and drawing conclusions based solely on the theoretical points they've raised previously.

An example of what I'm referring to is the following anecdote, by Althusser (cited in this article): 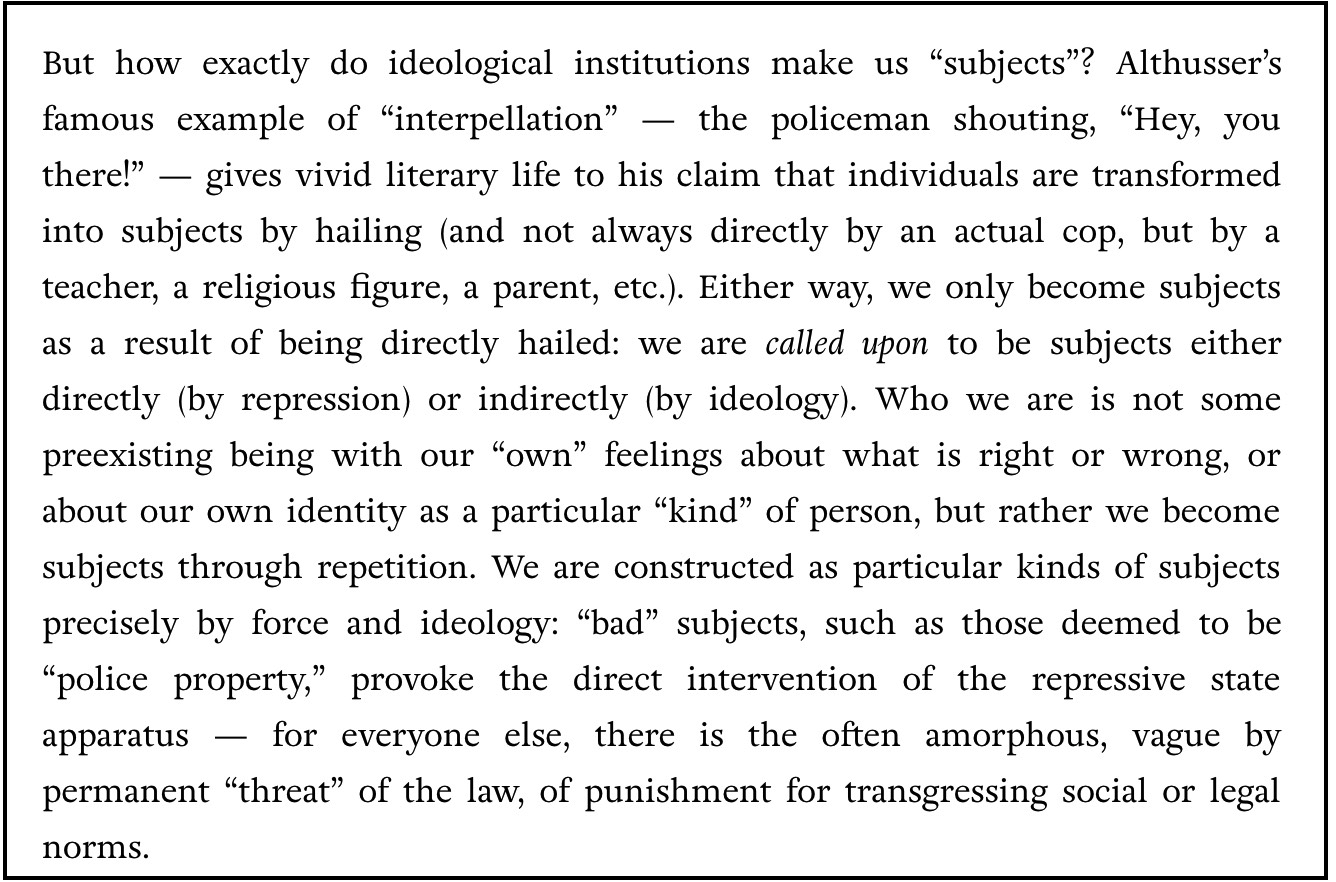 What I see here is a possible answer to the question being raised. No evidence was cited to support this argument, yet somehow it is treated as a proven theory, with further arguments presumably could be built based on it. The coherence of the argument is also not obvious (i.e. other inferences could be drawn from the same anecdote).

Although there are also empirical studies that were published, some of them I read and was convinced by their arguments, I notice that a large portion of social sciences writings (at least those shown in taught courses at universities) is of this sort.

I guess what I'm trying to ask are:

(1) Am I missing something here?

(2) What justify the method of building arguments utilized in these writing?

(3) Shouldn't taught courses in universities (at least those at the introductory level, aimed at first-years students) make an attempt to answer these questions before starting to explore the grand ideas of those thinkers?

Browse other questions tagged methodology social-science lecture-teaching-method theory or ask your own question.